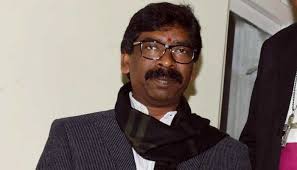 A month after taking an oath of office as CM. Hemant Soren has provided portfolios to Ministers on January 29,2020, while retaining important Departments such as Personnel, Home and Public Relations Department in his hand.

The notable point is all JMM's allies looked satisfied in the allocation of portfolios by Soren in league with Congress and RJD high command.

Among these Ministers, JMM's Jagannath Mahto had studied up to Class X. But Soren preferred to make him Minister of school education.

In the Cabinet, JMM, Congress and RJD had got 8,3 and 1 have got placement. The only woman Minister in the cabinet is Joba Manjhi who has got social welfare, women and child development.

The Congress state unit president Rameshwar Oraon has got finance, food, civil supply and commercial taxes. In the Hemant Soren Cabinet, there will be 11 Ministers. Two other Congress MLA Alamgir Alam were given rural development, Panchayati Raj and NRP whereas another Congress MLA Banna Gupta has become health minister.

RJD MLA Satyanand Bhokta was given Labour, Planning and Training.