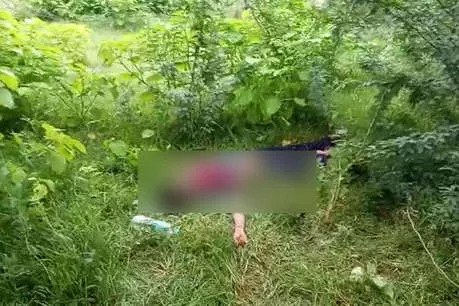 Yet another incident of rape and murder of a woman took place at Gadgaon village under the Itki police station area in the capital of Jharkhand.

The body was in possession of the police. The post mortem report from RIMS was awaited, said the police.No arrest was made in this connection till late afternoon on Saturday.

According to police,35- year old woman Geeta Devi, a resident of Chunka Tongri in Gadgaon village, Itki block in Ranchi was shot dead. She had received bullet injuries on her head and stomach.

"It is suspected to be a case of rape and murder", said an eyewitness. Reports claim that a boy of the same village had taken her out of her house in the night on Friday. On Saturday morning, her body was found.

Geeta Devi is the daughter of a farmer Dukhni Dahru Gope. Her marriage had taken place in Ranchi and has two daughters and a son. More often than not, she stayed with her parents.

The boy who had taken out of her house on Friday night was identified as Shashi Sahu, a resident of the same village, police were told by villagers."sahu had a pistol and knife in his hand.'

On the basis of statements of villagers, the police are interrogating father and brother of the accused Shashi Sahu. The police have recovered 9 MM cartridge of a pistol from the spot where the body was found.

Incidentally, rape and murder of a woman is a heinous crime committed on a daily basis in different parts of the state and country at large.