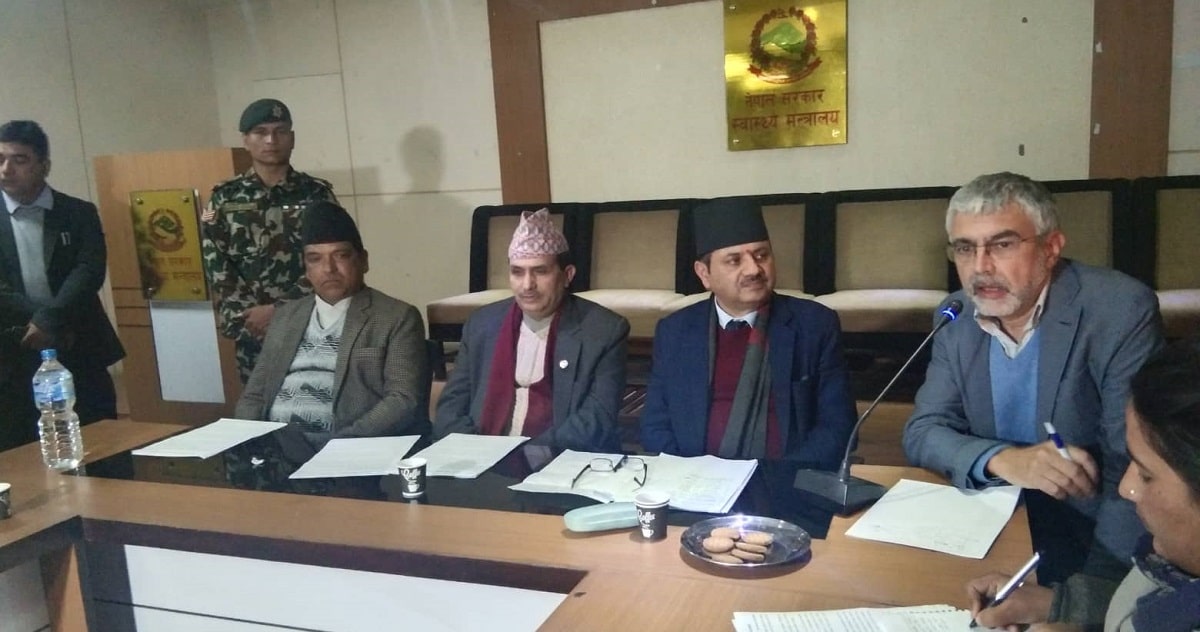 Five  Nepalese nationals were in a  government hospital in Kathmandu for the suspected Coronavirus infection after they returned from China last fortnight.

However, only one of them was found to be infected and he has already been cured, according to the health ministry statement.

Against this backdrop, Nepal is preparing to bring back its 180 nationals struck in China's Wuhan city, the epicenter of the deadly coronavirus that has killed over 1,000 people, officials said here.

The disease emerged in December in a market in central China's Wuhan city that sold wild animals, and spread rapidly.

Outside China, there have been more than 350 infections reported in almost 30 places with two deaths, one in the Philippines and the other in Hong Kong.

Nepal government is preparing to bring back Nepalese nationals currently residing in Wuhan city of China through a chartered flight of Nepal Airlines in a few days.

The government is preparing to send the aircraft to China around mid-February after 180 Nepalese nationals who were struck in Wuhan city, registered their names in the Nepalese embassy in Beijing seeking evacuation, the sources said.

The Nepal government said it is setting up an isolation centre before bringing the Nepalese nationals from Wuhan.

The death toll in China's novel coronavirus outbreak has gone up to 1,016 with 108 new fatalities reported mostly in the worst-affected Hubei province while the confirmed cases of infection have soared to 42,638, Chinese health officials said on Tuesday.