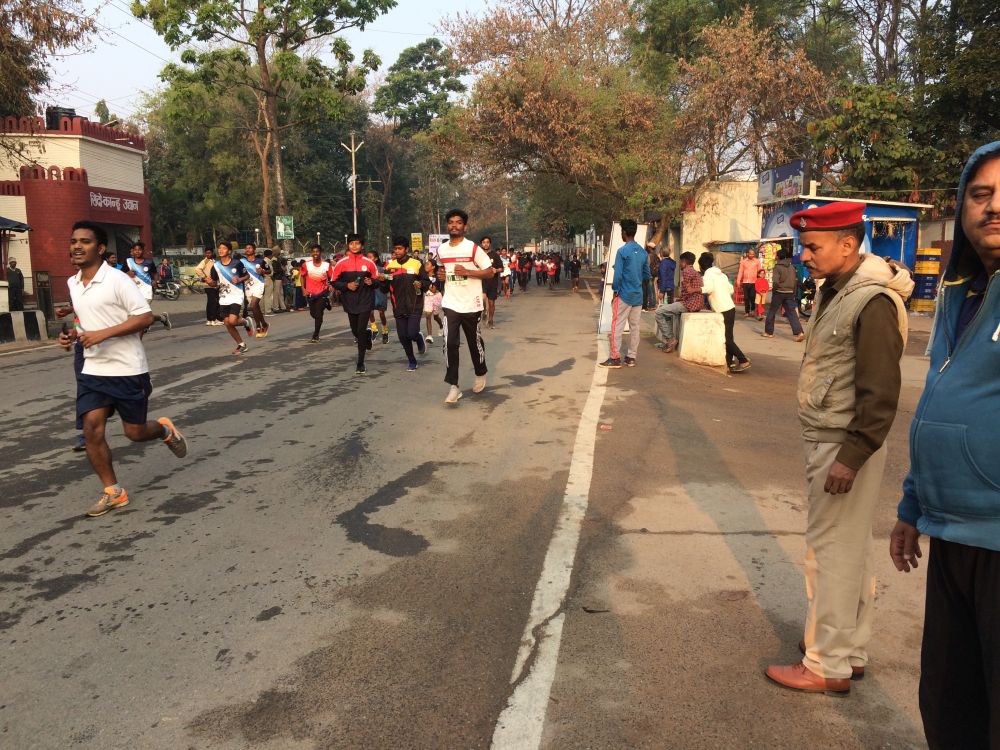 This pleasant sunny morning in Ranchi- a spiral of Jharkhand-on Sunday witnessed first of its kind sports-event  RUN-O-THON.

It was designed for two groups of 10 -21 KM. Both were participated by hundreds and thousands. Most of them looked inspired and jubilant.

A part of the Fit India campaign, the RUN-THON was jointly organized by the Centre and Jharkhand government was meant for youths- boys and girls below 7-18 years.

The prominent private bank HDFC  has sponsored it. Apart from fine billboards and posters, each reading campaign texts, participants in hundreds and thousands were in spirts uniform with clean shirts, pants, and shoes.

Many of them were seen carrying water bottles gifted by the organizers. A number of them in groups were heard giggling, smiling and laughing while jogging and running.

The police were deployed in strength to maintain smooth RUN-O-THON. However, the movement of vehicles was blocked. The RUN-O-THON continued for almost two hours.

One of the young participants was heard praising Prime Minister Narendra Modi to launch the FIT INDIA campaign and make International Yoga Day possible for the health and prosperity of India.