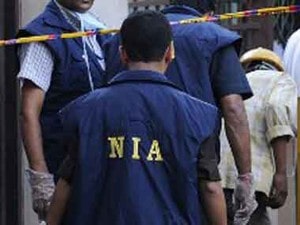 National Investigative Agency(NIA) sleuths launched a raid in the premises of three ultra-left banned outfit-People's Liberation Front of India in Khunti. They were Amit Jaiswal, Prakash Bhuiyan and Sitaram Jaiswal.

The raid was carried out in their premises located in Torpa, close to district headquarter Khunti. While Amit and Prakash were residents of Torpa, Sitaram is a resident of Digri village under the Tapkara police station in Khunti.

The raid was part of the NIA sleuths inquiry into the funding of the ultra-left outfit -PLFI. They were out of jail on bail. In the past too, their properties were seized. They are accused of funding PLFI.

In a similar raid on February 21, 2019, raids were conducted by NIA in ten different spots in Khunti, Gumla and Kolkata in West Bengal.