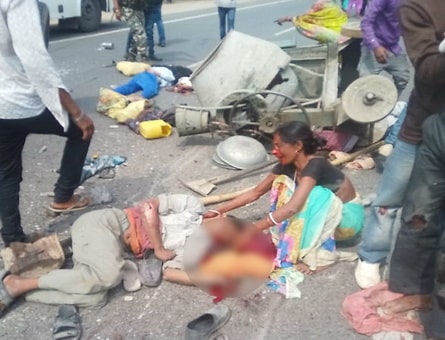 A pick up van turned turtle near Charhi resulting in death of two workers.Six workers were injured.They were admitted at Sadar hospital In Hazaribagh.

The van carrying them were going to Hazaribagh from Ramgarh.The injured workers were referred to the state government run RIMS hospital in Ranchi.

The police had reached the spot of the accident and started investigation,it is learnt.