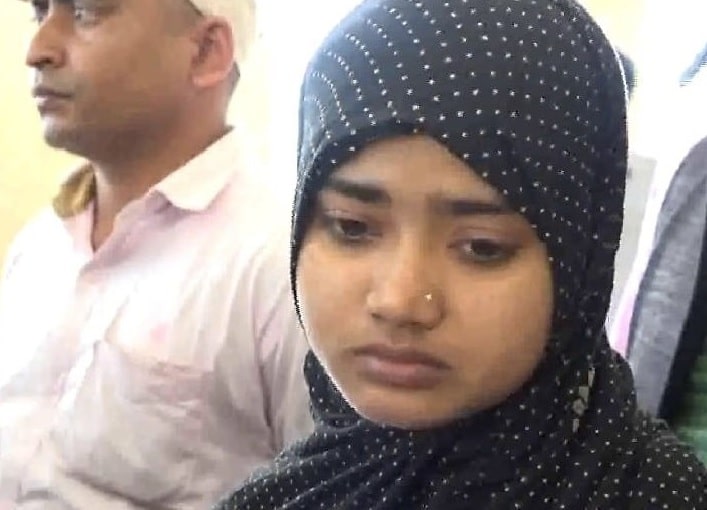 Shaista Parveen is in a state of depression. Praveen, the wife of Tabrez Ansari, who was beaten to death by a mob suspecting he stole a bike on June 27, 2019, met Chief Minister Hemant Soren and sought justice.

She appealed to the CM to set up a Fast Track court to expedite the trial of all accused in the mob lynching case of her husband. Just 55 days after she had got married to him, Tabrej was lynched by a mob suspecting him to be a person who had pilfered a bike.

'Now I have no alternative than to loiter around for justice", she weeps as she had not got justice and as such she landed inside the Assembly premise to meet the CM.

Shaista sought government job and financial help from the CM, in addition to her demand of Fast Track court to dispose off her husband's mob lynching case. She was brought to the Assembly premise by the Congress MLA Irfan Ansari.

"Since I had promised her that justice will be delivered,I brought her", said Ansari claiming that due to depression, Shaista had tried to commit suicide. He further said that she does not have money to have an advocate to fight the mob lynching case of her dead husband.

The CM Soren is yet to respond to her demand