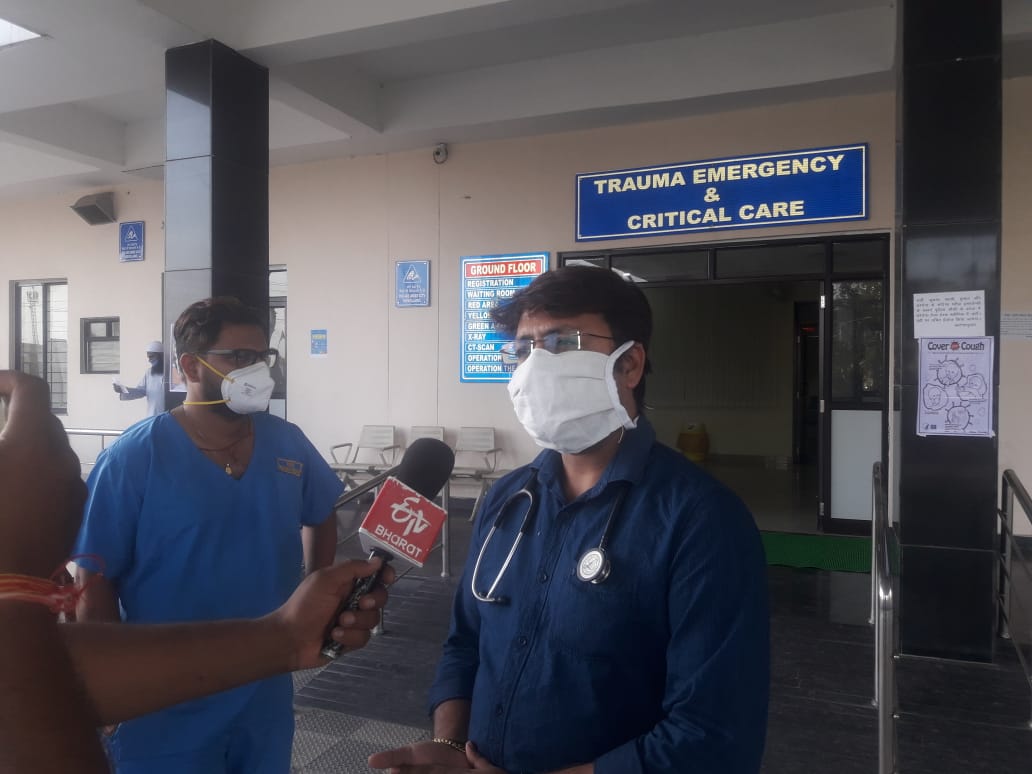 The state government-run RIMS hospital doctors and staff are up in arms demanding to shift the Coronavirus(COVID-19) infected Malaysian woman(24)from RIMS'Trauma Centre to Quarantine Centre at Khelgaon( Sports Complex) in Ranchi.

"She has turned violent. Instead of accepting medicines and necessary food, she has declined to indulge in acts guided by medical advice. She touching staff and spitting", RMCH Director Dr D.K.Singh told www.jharkhandstatenews.com.

Last night, hours after the RIMS checked her blood and swab, the report concluded that she suffered from Coronavirus infection."She had tested positive", reiterated Dr Singh.

On Tuesday evening, hours after she was admitted at RIMS's Trauma Centre, her husband stayed with her. " After he left for Khelgaon, she turned aggressive", said Dr Singh.

As per medical directives, she has to be kept in isolation and quarantined. Though the RIMS doctors and staff appear to be performing duty, her aggressiveness, howling, yelling and shouting against them, has prompted them to demand that she should be shifted from RIMS Trauma Centre to Quarantine Centre at Khelgaon.

" Doctors and staff are not ready to get insulted. I have requested the state administration to shift her to Quarantine Centre", said RIMS Director.

The state administration's decision is awaited.

This Malaysian woman and her husband were among 27 foreigners who were found hiding in two separate mosques in Ranchi on Sunday night when the nationwide ongoing Lockdown announced by Prime Minister Narendra Modi was in force.

The rest 26 foreigners including her husband were kept at Quarantine Centre at Khelgaon, nearly 4 km from RIMS.