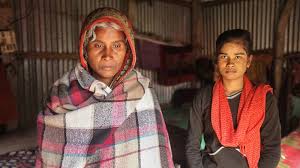 As of now, 7,66,256 people of Jharkhand are stranded in various states and union territories of the country due to the lockdown.

"Complete information is being collected, so that they can get help from all levels", states the report. So far, the government has made arrangements for food and lodging of 3,73,964 stranded laborers at 4,803 places. The government is also planning to create employment for these workers when they return home.

At a time when the whole world is going through the menace of Covid-19. the state government is making every effort to provide every possible help to the people, claims the government report.

"People from other states and abroad are being tested by the government and they are being kept in Quarantine. The government is also committed to protecting the health workers", states a press release issued by the state government.

According to the report of the state Health Department, so far samples of 1440 people have been taken for Covid-19 test, out of which 14 were found Corona positive.

Out of these figures, 6 cases are from Bokaro, 1 from Hazaribagh and 7 cases from Ranchi. There are 3,767 quarantine centers operating in the state, where15,714 people are being quarantined. At the same time, 1,18,026 people are living in-home quarantine. So far 52,814 people have completed their quarantine.

Food is being distributed among the needy through various institutions so that no one in the state goes hungry due to lockdown, says the CM Hemant Soren.

According to the data received from the Department of Food, Public Distribution and Consumer Affairs, so far 1,25,675 people have been given food grains by the department.

At the same time, food grains have been made available to 1,37,971 people under the non-PDS. So far 24,47,597 people have been fed under various schemes of Dal-Bhatt.

Along with this, quick actions are also being taken at the state level Corona Control Room ( SLCCR). As of now, a total of 9,549 cases related to foodstuff, medicine, law and order and stranded laborers in Jharkhand have been registered, out of which assistance has been provided on 5,623 cases. Every possible action is being taken on the remaining matters.