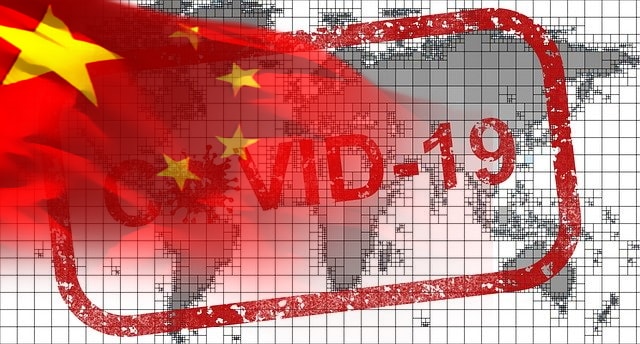 The pictures stored by www.jharkhandstatenews.com show hospitals in Jharkhand were getting packed with China made medical equipments.

These equipments were bought by management of these government/ PSU run hospitals, each notified as Coronavirus treatment centre."These equipments are being used to treat COVID-19 patients", said RMCH Director Dr DK Singh.

Elsewhere in India, the Modi government is out to meet its requirements of 15 million personal protection equipment(PPEs). These include gowns, masks, gloves and goggles, reports The Indian Express quoting India Ambassador to China in Beijing on Tuesday. Alongside, France, Germany, UK, Italy, Spain, India and the United States look as if they were struggling to survive amidst deaths and deaths of thousands of people and an equal number of people infected by Coronavirus.

European researchers have shown emergence of Coronavirus in the land of China in late November-December 2019.The CIA,top intelligence agency of the United States,clearly failed to take note of it and inform the White House. Even WHO Director-General Dr. Tedros Adhanom preferred to keep the Coronavirus impact on Chinese people and its possibility to spread through  China man-to-China man contact with outsiders including Europeans, Americans and Indians.The result is obvious. It seems China had planned and executed the Coronavirus game wholistically. " It also succeeded in keeping the entire information in dark and succeeded in moving ahead- checkmate."

" The First World War was fought through guns and rifles. The Second World War was concluded with Atom Bomb. The Third World War has begun with a Chinese virus", said Anup Singh, a Chemist who is linked with Indo-China trade. Nobody knows the response of US and European countries where the economy had been sulking for long, Chinese economy is moving upwards.Already, China's Central Bank( People's Bank of China) has bought 1.01 percent stakes in HDFC, India's biggest housing mortgages tender.

Economic Times has reported on April 3 that China backed funds " are seeking to buy Indian financial assets"after the COVID-29 outbreak caused a major slump in the valuation of local companies.