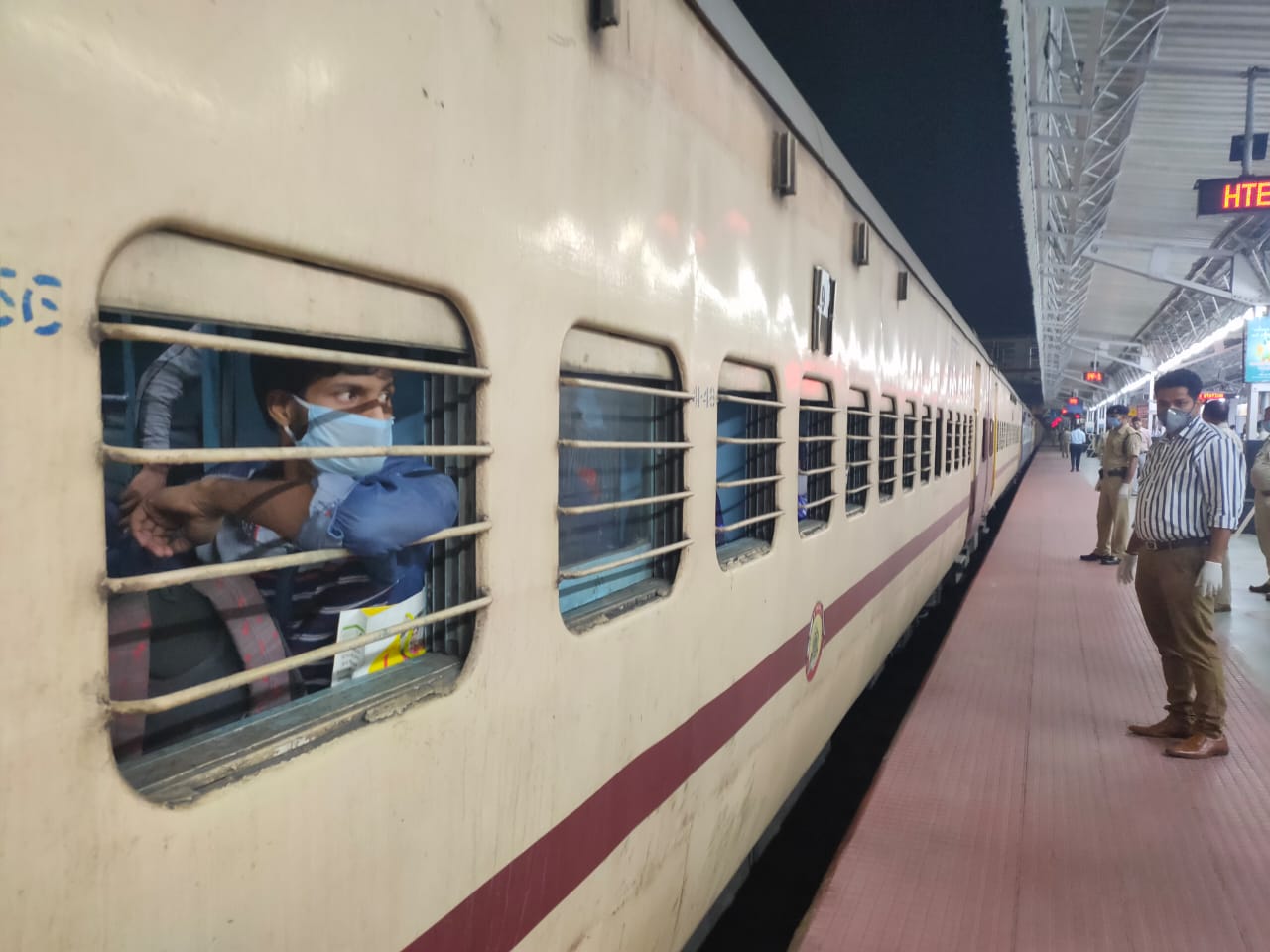 Hemant Soren government is busy providing transportation assistance to the people of Jharkhand stranded in other states and union territories.

As of now, the Department of Labor, Planning and Training has received 34,118 calls in which 9,67,149 people have been reported stranded outside the state.

A total of 3,06,786 people have registered their requests in the Jharkhand Chief Minister Special Assistance Scheme app of the state government.

So far, over 1.2 crore hot food plates have been served through the Chief Minister's Didi Kitchen, which was started through the Didis of Sakhi Mandal across the state.

A total of 6,934 Chief Minister's Didi kitchens are being operated in all panchayats of the state, through which more than 5 lakh food plates are being provided to the needy. Two-time meals are being served to every needy, helpless, helpless, poor, labourers and their families of rural areas of the state.

Around 28 thousand women of Sakhi Mandal are working day and night in the operation of Chief Minister's Didi Kitchen which was started from April 3, according to the state government's claim.

The women of Sakhi Mandal are also claimed to be working to provide food to the helpless and handicapped people who cannot walk to the Didi Kitchen.

"Special attention is being paid to the hygiene and social distancing at the Didi Kitchen", said the same claim.

"Also, 2,74,327 migrant laborers are being fed in various relief camps set up by the government. Till now 44,07,137 people have been fed by different NGOs and volunteers at various places in the state. Also, 46,587 emergency relief packets have also been distributed among the needy people."

In Hazaribagh, the amount of old pension was not being paid to Mani Masomat from December 2019. Her economic situation became critical in the lockdown. She contacted the SLCCR. Taking quick action, the SLCCR resolved her problem by contacting the district administration. Then the pending amount was paid to her.

Cleaning and sanitization in the station road area of ​​*Medininagar* had not been done for the last 15 days. Suraj Kumar of the colony complained about this. Quick action was taken and the entire area was sanitized and cleaned the next day by the Municipal Corporation.

As of now, 28,606 cases were forwarded to the concerned districts and departments for action. Out of which, assistance has been provided on 22,851 cases.

In the Corona control room, 15,337 complaints related to the food supply, 1,273 related to law and order, 1,399 related to medical, 1,839 related to persons stranded in Jharkhand and 3,003 other complaints have been registered.