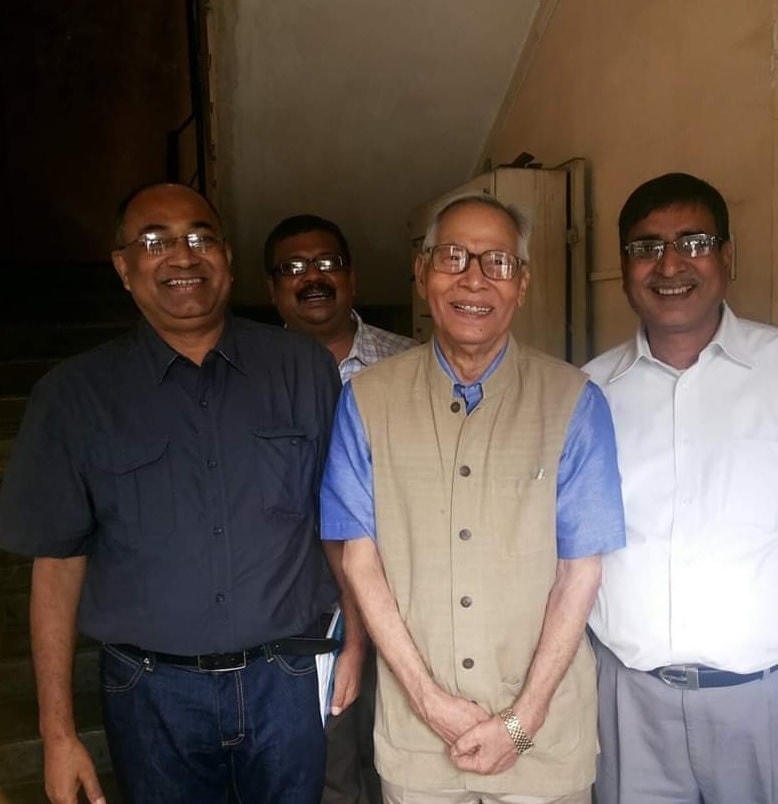 I can't imagine that my dear and distinguished Professor Dr Yogendra Singh is no more.

Apart from learning the basic concept of teaching and writing a research paper from him in Jawahar Lal Nehru University, I had gained considerable knowledge by reading his classic book- Modernisation of Indian Tradition.

This was over four decades ago when I was a student of Jawaharlal Nehru University's Centre for the Study of Social System in School of Social Sciences during 1978-82.

Though I never completed Post Doctoral degree course, I carried a strong sense of gratitude for him. He was a knowledgeable social scientist who is one of the founders of JNU's Centre for the Study of Social System.

Dr Singh has been Professor Emeritus of Sociology, JNU where he was Professor since 1971 when JNU was set up by the then Prime Minister Indira Gandhi.

Prior to it, he went to Stanford University, USA in 1967-68 on a Fulbright Fellowship and was Professor and Head of the Department of Sociology, Jodhpur.

Also, as an alumnus of Lucknow University, he has been the President of the Indian Sociological Society and recipient of the Life Time Achievement Award in 2007, apart from Best Social Scientist Award given to him by the Government of Madhya Pradesh.

While I pray for the peace of the departed great knowledgable soul of India, I recall his simplicity, honesty and smile on his face while he lectured in JNU.

I also recall his kind acceptance of my invitation on July 21, 2013 when he came to my house in Ranchi and had dinner with me together with my JNU friend Satyendra Kishore and Harivansh, the then Editor-in-Chief of Prabhat Khabar, a popular Hindi Daily, who is now Deputy Chairman of the Rajya Sabha.

Minutes before the dinner, I remember, I had learnt that Professor Yogendra Singh had visited China. And as such, I asked him:" Sir, what change you found in China from India."

His reply was this:" I travelled far and wide in China. But I did not find any bird there."