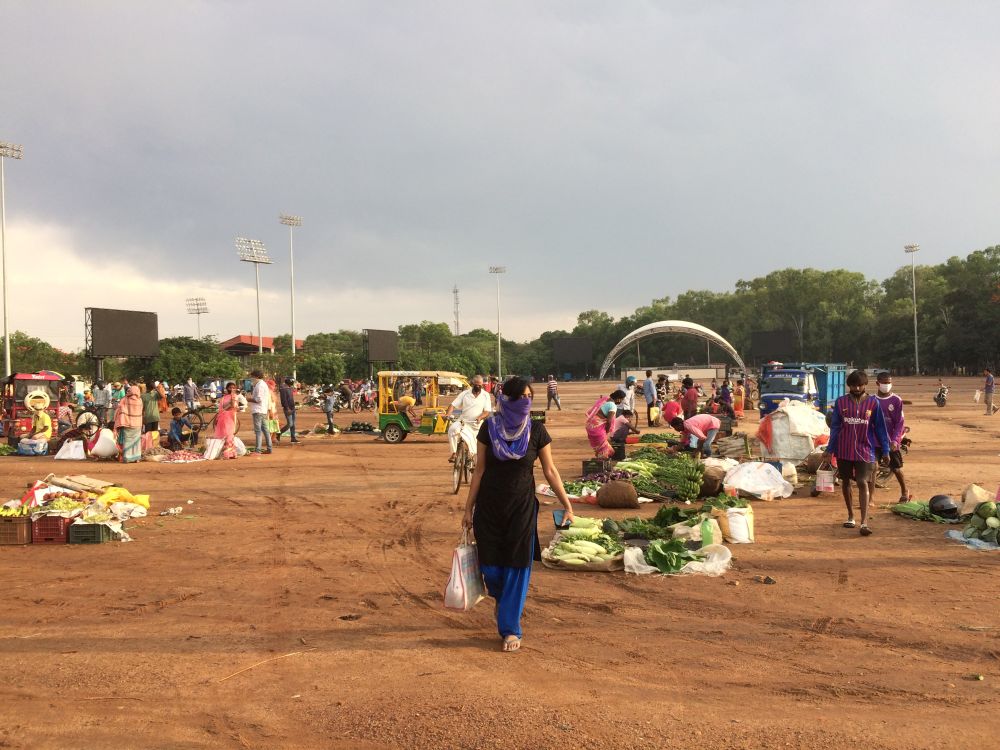 Ranchi based Morahabadi Maidan has undergone a sea change in Jharkhand.

Today, Maidan is the venue of a vegetable market. It is here where scores of vegetable vendors put up stalls on the surface of the ground and sell vegetables.

In 2017, the BJP government led by Chief Minister Raghubar Das had announced a plan to build 'Times Square' at this Maidan. Prior to this,  London's Times Square and  New York City's Times Square were wells known. They were famous centres of international venues, each famous for its nightlife. Both were most famous meeting spots as well in London and New York, each replete with neon lights and entertainment activities in the form of restaurants, cinemas and theatre houses.Das planned to build his own imaginative 'Times Square' at Morahabadi.In fact, on September 4, 2017, he had inaugurated it with pomp and show followed by a press conference."I want to develop it on lines of Times Square so

that it can be a place buzzing with activity 24x7, offering numerous recreation and entertainment options for residents," he is on record having said.

Official records accessed by www.jharkhandstatenews.com show that Das's dream was transformed into a project Times Square. It  was to be built in two phases by the state government's agency JUDICO.

The second phase did not even begin. In the first phase, however, construction work was completed. As many as 11 LED screens were installed along with a permanent stage measuring 55ftX30ft for socio-cultural events at a cost of Rs 25 crore.

"We had to put up more high mast lights. But the DPR was not completed", said the  JUDICO Deputy Manager and in-charge-of the project P.K.Singh.Soon, BJP led by Das suffered from a massive defeat in the Assembly elections in 2019.

Now, when the JMM's Hemant Soren led coalition government is at the helm of affairs,11 LED Screens and the stage were visible. But in the absence of their utility and maintenance, they were non-functional. So, probably, vegetable sellers gather at Morahabadi Maidan twice a week-Wednesday and Saturday- to sell green vegetables to people at Morahabadi maidan. Ask anyone of them if they were aware that they were selling vegetables in Raghubar Das's Times Square, and pat comes their reply:"What? We don't know."

Inquiry revealed that the Times Square project, like many other development projects, lacked maintenance scheme. As such, while LED Lights were installed, no mechanism was evolved to maintain them. Result is visible in this frozen 'Times Square' where 11 LED screens and a permanent stage exist with nobody to maintain them.