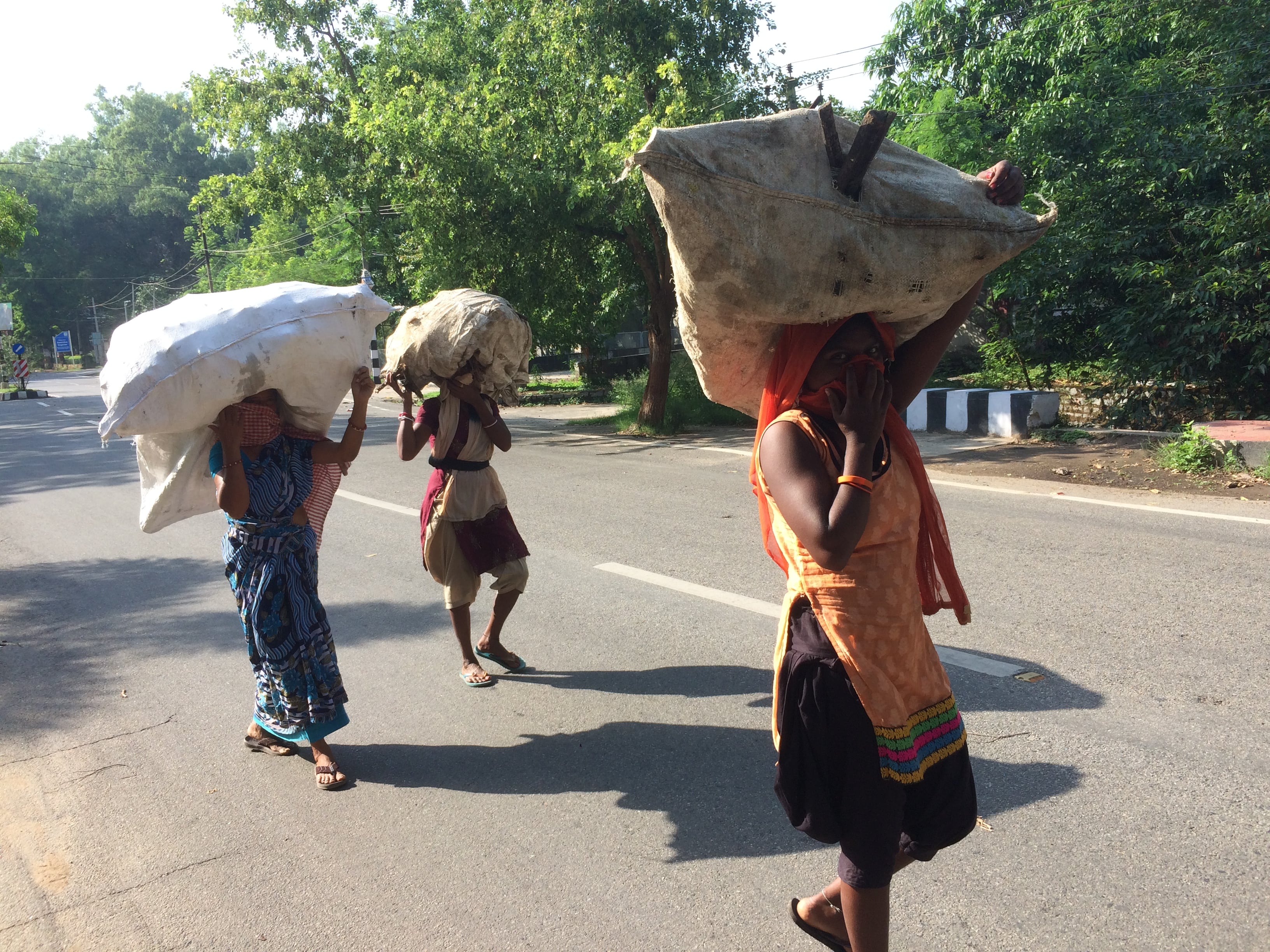 "I don't have LPG Gas Cylinder and I cook food on the earthen stove", says Parvati Devi 36, a resident of Hatma village in India's northeastern state of Jharkhand that has a small population of 306 people.

Like Parvati, some tribal women continue to rely on firewood burnt carbon-emitting biomass-based fuel for cooking., a feature fast vanishing in the era of Prime Minister Narendra Modi whose flagship programme Ujjawala Yohana launched in 2016.

They undertake long walks foraging for firewood and thereby chronicle the impact of the yojana on the lives of these three women.

"As head of the family, my husband's elder brother and his wife were given LPG Cylinder and stove. We did not get it", cribs Sunali Lohar who is a neighbour of Parvati.

"If we get it(LPG scheme), we will not have to do all these", said Parvati. Will you have money to buy LPG?"We will earn and save and buy it."

They elk out living by rag picking. Each earns Rs 200-300 per day. "We will have more time if we don't have to go foraging for firewood."

In any case, the use of fuel was dependent on the availability of firewood pieces. In forest areas, there was no dearth of it. Yet, many of them had to walk for miles to pick them, pack them in carrying bags, load them on their heads, and bring them home for cooking.

In Ranchi and adjoining districts - each full of trees-they awaited rain - as it does in two or three bursts between May-June-July-August-September- the wind and water pours and dried up firewood pieces lash the earth. After that, the firewood picking works of these tribal women begins.

Though these districts receive 1200 to 1300 mm of rain annually in the green belt, there is visible evidence of this bounty -dried up wood pieces lying on the surface of the ground  -being used by the poor tribal families.

Ask S.K. Singh, Deputy Director of the state Civil Supply Department who is responsible for the distribution of LPG Cylinder and stove among the poorest of the poor families why Parvati and Sinali not made beneficiaries of Ujwala yogna."They will get the benefits provided we restart distribution. We will do so soon."

As the rain and drizzle continued today, these three women were busy walking, returning home, each carrying packs of firewood pieces picked up from Morahabadi Maidan, less than a km away from their village Hatma.

At a time when Ujwala yojna was being implemented by the government on a priority basis, they were a cause of concern for Pulmonogist Prateek Kumar."Sad to watch them suffer an untold loss of sweat", he said adding that the exercise was painful."Don't forget that burning solid fuels produces extremely high levels of indoor air pollution."