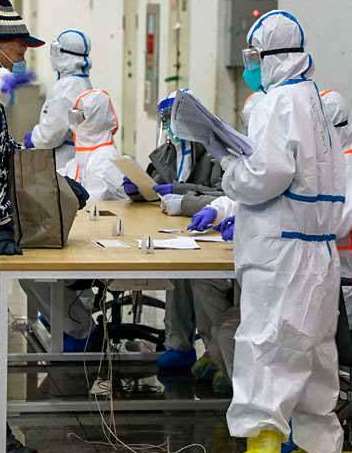 What is happening in Jharkhand is shocking.Due solely to haphazard testing and lack of contact tracing has caused a dangerous scene in Jharkhand.

Take the case of Garhwa.

More than 15,000 migrant labour had entered into this district during the past over a week.None of them were quarantined.Worse,when 175 of them complaint of coughing,sneezing,fever and headache,test was conducted and 18 positive cases were registered in Garhwa.This was on Wednesday when the number of virus cases had rocketed up to a record high -280- in Jharkhand.

As per the SOP of the Union Health Department,a man who has lost his sense of smell and taste and coughs only to test positive,he has to self quarantine himself.This advisory is not followed by a wide majority of virus positive persons.

After the person tests positive,the health department has to gain and prepare list of persons he had come in contact with and get contact tracing done.Then,each one of them has to be tested.Again no scientific contact tracing was followed in Garhwa.

“We are not provided with financial backing and administrative support for contact tracing”,said Sujit Kumar(name changed to protect identity),a Garhwa based pera medic staff.Study revealed that states and cities around the country have begun with varying degrees of success to ramp up efforts to put contact tracing in place on a large scale.

If there is any lack of para medic staff,the health department should hire up several hundred contact tracing to assist 800 now working for local health staff and doctors in Garhwa.

Sadly enough Pulwant Singh, who was doing contact tracing ,is learnt to have stopped working in a once obscure public health unit in Garhwa where the fight against the coronavirus is yet to start in letter and spirit to reopen the district for safe living and doing business.