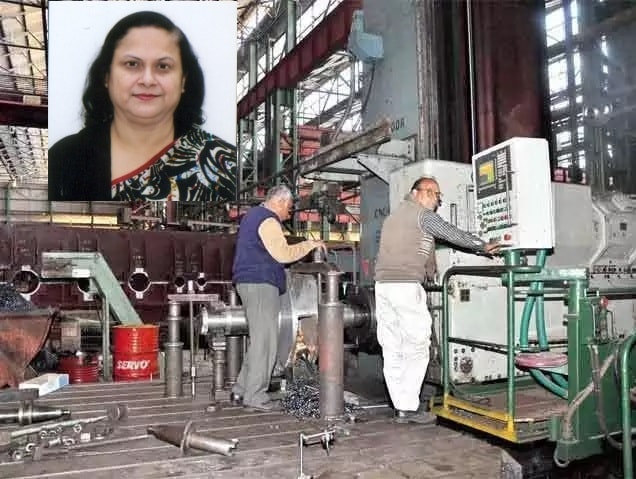 The strong workforce of the Ranchi based HEC, a Central Public Sector Undertaking, is up in arms demanding payment of salaries not paid to them during the past three months.

"We are in terrible financial crisis. We want the management to pay us as soon as possible. Otherwise we will be compelled to starve", cribs Sujit Kumar, a staff who does not want to be named.

HEC has around 4000 work force-1500(Regular) and 2500(Contractual). The annual cost of payment of their salaries turns out to be about Rs 35 crore. The company lacked the cash to clear their salaries for three months.

Replying to www.jharkhandstatenews.com's question as to why they were not paid salaries for three months, Arundati Panda, HEC's Director(Finance) said, "the third PRC has certain affordability criteria and HEC does not meet those criteria."

However, records revealed that HEC's all the workers' unions went on strike and stopped production from February 26. After a lot of negotiation which included ad -hoc payment of Rs 1000 and two festival advances totaling Rs 3000 to each one of them and other dispensations, the strike was called off.

The halted production again started and March 5, 2020. But before production could gain momentum, Lockdown was imposed on March 22 and again all production came to a halt.

Sadly, no product already produced by the HEC could be despatched to get paid by the company. Later on in Lockdown 2.0, HEC opened with 33 percent staffing from April 21, but production was hindered yet again due to lack of requisite staff, lack of inputs and due to no availability of transport, or otherwise, said Arundati Panda.

"Dispatches were held up also. The situation improved a little in lockdown 3.0 and production had started increasing. As such there is about three months of no or little production and hence no cash realization. Yet little adhoc amount of Rs 5000 was released on April 16", she explained.

Now, adds Panda, efforts were being made to arrange funds to clear their salaries.