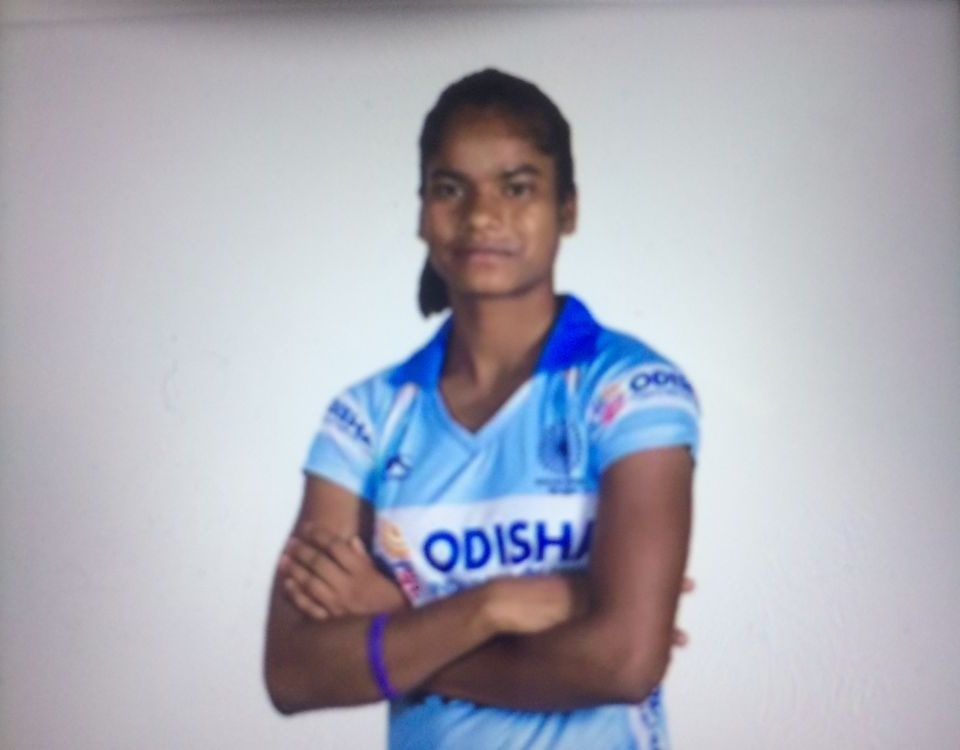 "We are in cheers", said Sangita Kumari,(19),one of top national hockey players for receiving a gift -LPG Cylinder and cooking stove.

" Since she lacked it, we decided to give it as gift", said Kanyogi.

Till the other day, Sangita, her mother and other family members used firewood and earthen chulha. They cooked food in their hut in Simdega village even though Prime Minister Narendra Modi's flagship scheme  Ujjwala was launched  long ago on May 1, 2016.

The scheme was meant to distribute 50 million LPG connections to women of poor families. A budgetary allocation of Rs 80 billion was made for the scheme. But, sadly, Sunita and her family were not provided LPG Cylinder and stove.

Sangita, who is among the scores of tribal women who were yet to benefit from the Ujjawala scheme, appears to be happy having received the LPG Cylinder and stove as gift from Nanoj Konvegi.

"Feel good to have got it", said Sangita.

Among countless victories in the state and national hockey women junior competitions, Sangita had earned accolades worldwide as a member of the Indian Junior Women's Hockey Team.

This team had defeated Belgium 2-0 to clinch its third consecutive victory at the under-23 Six National Tournament.
In fact, Sangita (36th minute)and Salima Tete (42 second) had scored one goal each to give India the Bronze win on September 18, 2018.

Strangely,this super hockey girl, however, remained beyond the reach of the PM Modi's Ujjawala scheme.

Distribution of LPG and stove was the discretion of the central and state government functionaries, revealed online investigations.

" They demanded 'commission'. We lacked cash and, moreover, we were not inclined to give bribe for the government scheme", cribbed Phukan Kumari, a maternal sister of Sangita.

Sangita, who grew in the poverty-ridden tribal family while facing hardship, never complained. Now, with the gifted LPG and stove, she was busy cooking in the earthen stove inside her hut.