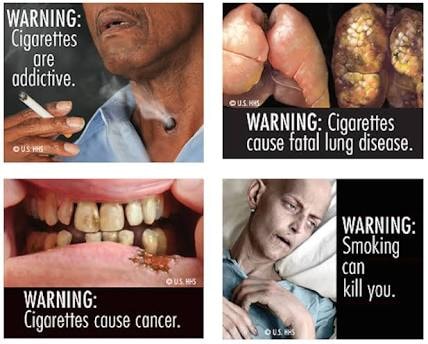 The Socio-Economic and Educational Development Society(SEEDS), a non- profit research organisation, registered with Union Ministry of Health, is set to receive an International Award for its distinguished
leadership in advancing Tobacco Control in India.

World Health Organization (WHO) confers SEEDS with the ‘World No Tobacco Day’ Award 2020.

SEEDS is the only Indian organization to receive this honour in 2020.

In fact, WHO awards only a select few organizations and individuals every year from its six regions for their accomplishments in the areas of Tobacco Control.

The World Health Organization (WHO) will confer  its highest award -World No Tobacco Day 2020 Award on May 29 2020.

As it is,SEEDS is a national-level social organization working in tobacco control for more than a decade.

On the occasion of ‘World No Tobacco Day’ (31 May) every year, WHO awards select organizations and people for their exceptional contribution in the field of Tobacco Control globally.

SEEDS has been working closely with the Ministry of Health and Family Welfare, Government of India on prevention and control of smokeless tobacco use and with the state governments of Bihar and Jharkhand along with the district administration and civil society organisations to advance comprehensive tobacco control efforts and reduce overall prevalence of tobacco use in these two states.

Also SEEDS has been working to strengthen the National Tobacco Control Programme.Its effort has been supporting the Government of Bihar and Government of Jharkhand as their Technical Support Partner for tobacco control.

SEEDS with the support of Government and Non Government Organizations, Media and various other stakeholders have managed to create an excellent tobacco control ecosystem in these two states including working on the enforcement of the National Tobacco Control Law COTPA-2003.

Due to active efforts and advocacy from SEEDS against tobacco and nicotine addiction both these state governments have completely banned Pan Masala, Gutkha, electronic Cigarettes and illegal hookah.

"Bihar and Jharkhand has been taking bold initiatives in tobacco control with an objective to reduce the burden of tobacco use, especially to protect the young and vulnerable including women and poor from the scourge of tobacco", states a Hemant Soren led government report.

"The leadership of state governments and district administration is commendable in implementing the WHO’s best practice policy package (MPOWER) and the objectives of the National Tobacco Control Programme (NTCP).”

Due to the grassroots campaigns advanced, advocated and implemented by SEEDS, both states have seen massive decline in the numbers of tobacco users. Data of the Global Adult Tobacco Survey (GATS 2017) suggests
that Bihar in the last 8 years has reduced its number of tobacco users from 53.5% to 25.9% while in Jharkhand it has come down from 50.1% to 38.9%.

Impressed by the Tobacco Control work done by SEEDS, both the Governments of Bihar and Jharkhand have nominated Mr Deepak Mishra (Executive Director of SEEDS) as a member of the

“SEEDS has been a trusted partner of Government in the implementation of Tobacco control program at grassroots since last one decade in Bihar and Jharkhand. Sharp reduction in the prevalence of tobacco use in the state is the testimony to the collaborative efforts of SEEDS with the two state governments, local administration and other civil society partners. I am happy that WHO has selected SEEDS for World No Tobacco Day Award (WNTD 2020)”, said Mr Sanjay Kumar, Principal Secretary, Government of Bihar

Global tobacco control expert and a recipient of the Luther Terry Award, Dr Mira Aghi said, “There are massive long-term public health benefits that will occur because of the decline of tobacco use in Bihar and Jharkhand.The partnership of SEEDS with the state government and civil societies have developed good grassroots practices and have created models for other states to follow. These efforts will also help denormalise tobacco use and protect youth and vulnerable people especially women”.

Prof. K. Srinath Reddy, President, Public Health Foundation of India (PHFI), said that “the remarkable levels of reduction in tobacco consumption achieved in Bihar and Jharkhand are a tribute to the committed campaigns of SEEDS.

The impact on smokeless tobacco consumption has been especially creditable.” Dr Reddy further added that, “the dedicated, diligent and strategic leadership of Shri Deepak Mishra has been the driving force behind this success.

The WHO  award is a befitting recognition of his exemplary leadership. "Millions will owe their lives and wellbeing to Shri Mishra’s work even if they are unaware of his contributions", states the same government report.

However, those who do know SEEDS may applaud and salute the energy and excellence of this organisation which has brought to India’s tobacco control movement.