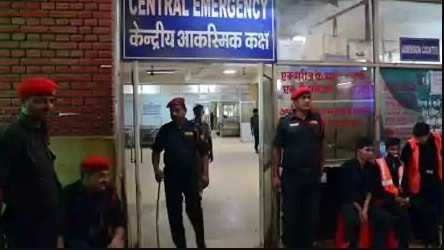 Rape, sometimes also called sexual assault, can happen anywhere. The law defines rape as: "The penetration, no matter how slight, of the vagina or anus with any body part or object, or oral penetration by a sex organ of another person, without the consent of the victim."

This time an attempt to rape a junior doctor by a resident doctor took place inside COVID -19 ward of the state government-run RIMS hospital in Ranchi on Thursday night, according to an FIR filed by the victim at Doranda police station in Ranchi today.

"He made an attempt to rape me", alleged the victim in her FIR. The police has registered her complaint. The accused happens to be the son-in-law of a senior doctor.

If the victim's statement is any indication, she who is attached with the anaesthesia department was on duty at COVID-19 ward. Senior doctor of the Critical Care Unit was also posted there. Every day he used to come from home. On Wednesday night, he told her that since it was late in the night, he will not go home and stay in her room.

Instead of allowing him to stay with her, she booked the paying ward."He went to the room. From there he called me saying that AC was not working. You can check. When I went into the room and tried to switch on the AC, he locked the door of the room and started sexually abusing me. Somehow, I managed to open the door and fled", she states in her FIR.

Notably, the FIR  was filed after RIMS Director directed her to do so.