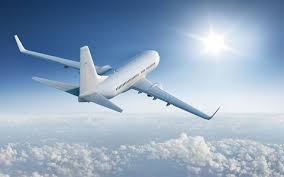 As many as 208 workers of Santhal Pargana who were engaged in Nubra Valley, Chunuthu Valley, Vijayak and Himank project in Leh will return to Jharkhand, thanks to Chief Minister Hemant Soren whose relentless work has made it possible.

According to official statement, the group of workers will be brought back home in two phases. The state government will bring the second and third group of workers from Leh to Ranchi by airlifting at 10 am on Monday and at 7:40 pm on Tuesday evening.

The government is working on a plan to airlift 115 workers on Monday and Tuesday and rest 93 workers on Friday and Saturday.

Earlier, with the efforts of the Chief Minister, a group of 60 workers have been airlifted from Leh to Jharkhand. In this way, the government will be able to airlift around 268 workers stranded in Leh.

The Chief Minister has expressed gratitude to local DIY Commissioner Ladakh, BRO officials, Spice Jet, Indigo and Air Asia, Pvt Enterprises and some local NGOs for their help in getting the stranded workers back. With their collective efforts, the workers will be able to return from the remotest parts of Leh & Ladakh.