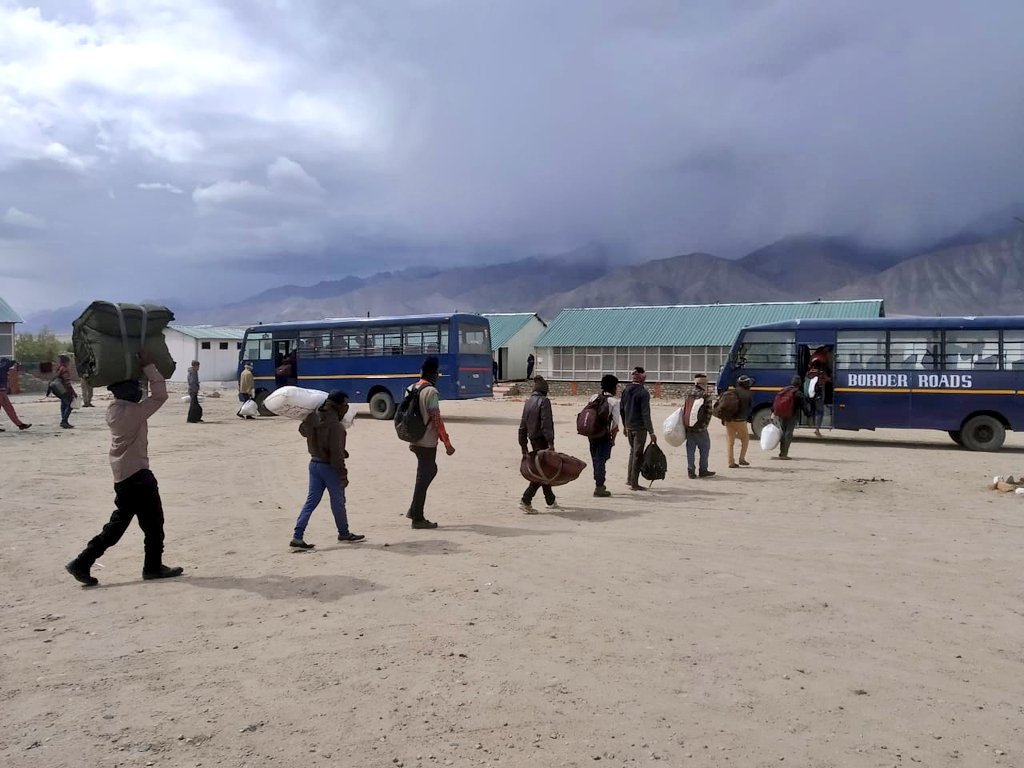 At a time when the fight between India and China has taken a violent turn with three Indian Army personnel-one officer and two jawans - killed and China's leading media group Global Times claiming casualty of five Chinese Army personnel in Ladakh on Tuesday night, India and China continued with the military talks.

Today, Defence Minister Rajnath Singh held a meeting with chiefs of Defence forces-Army, Navy and Air. Though a war-like situation prevailed between these two countries at Ladakh, Border Roads Organisation is involved in the construction of its infrastructure projects there.

Already 1,600 workers from Jharkhand were on their way to resume work on these projects of the BRO. The Jharkhand workers have reached Jammu and Kashmir by train. They are now headed to Leh in truck convoys.

Alongside,oneindia.com informs that "there is some concern at the north bank of Pangong Tso, where confrontation continues. The PLA has blocked all Indian patrols going west to east from Finger 4 to 8."

"India would however resume work on its border infrastructure projects in Ladakh. The workers from Jharkhand have reached Jammu and Kashmir by train. They are now headed to Leh in truck convoys", states the same media agency.

As many as 11 trains have been requisitioned by the Union Government to transport 11,815 workers from Jharkhand to the border areas of Ladakh and Jammu and Kashmir. They would undertake work on the various BRO projects in the forward areas.