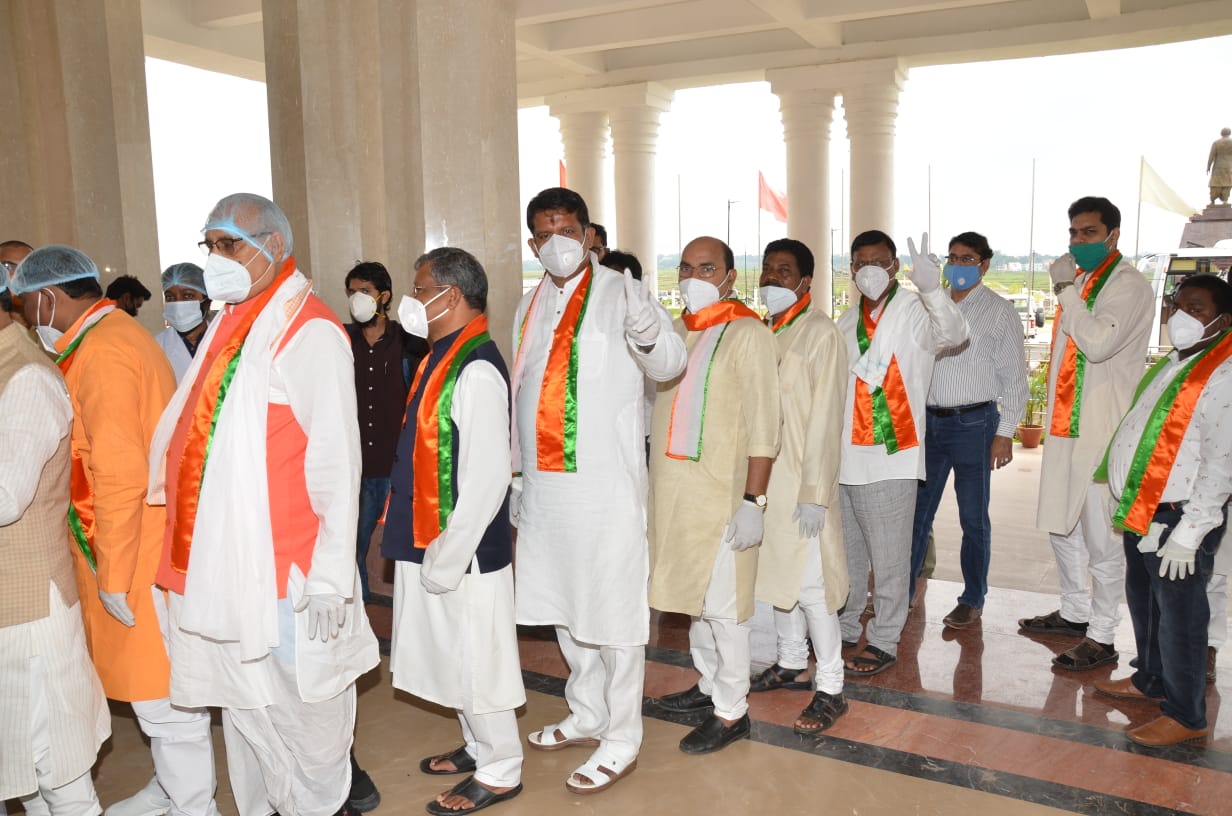 *All pictures by Manoj Srivastava. Standing in a queue to cast vote in Rajya Sabha polls on June 19,2020 inside Jharkhand Assembly premise in Ranchi.

Their supporters and representatives burnt crackers and exchanged 'gulal' while keeping social distance and wearing masks. None of the Congress leaders were visible as their party candidate Shahzada Anwar had lost to BJP candidate Deepak Prakash.

In the 82-member Jharkhand Assembly,79 MLAs were eligible for casting their votes. Among them, Soren secured  30 votes whereas Prakash gained 31 votes.

Polling began at 9 am and ended at  4 pm. As per the Election Commission of India's guidelines, every MLA was screened for body temperature and abided by safety protocol. All of them were spotted wearing masks and maintaining a physical distance.

A team of doctors and health workers was stationed on assembly premises to aid the legislators and carry out thermal screening.