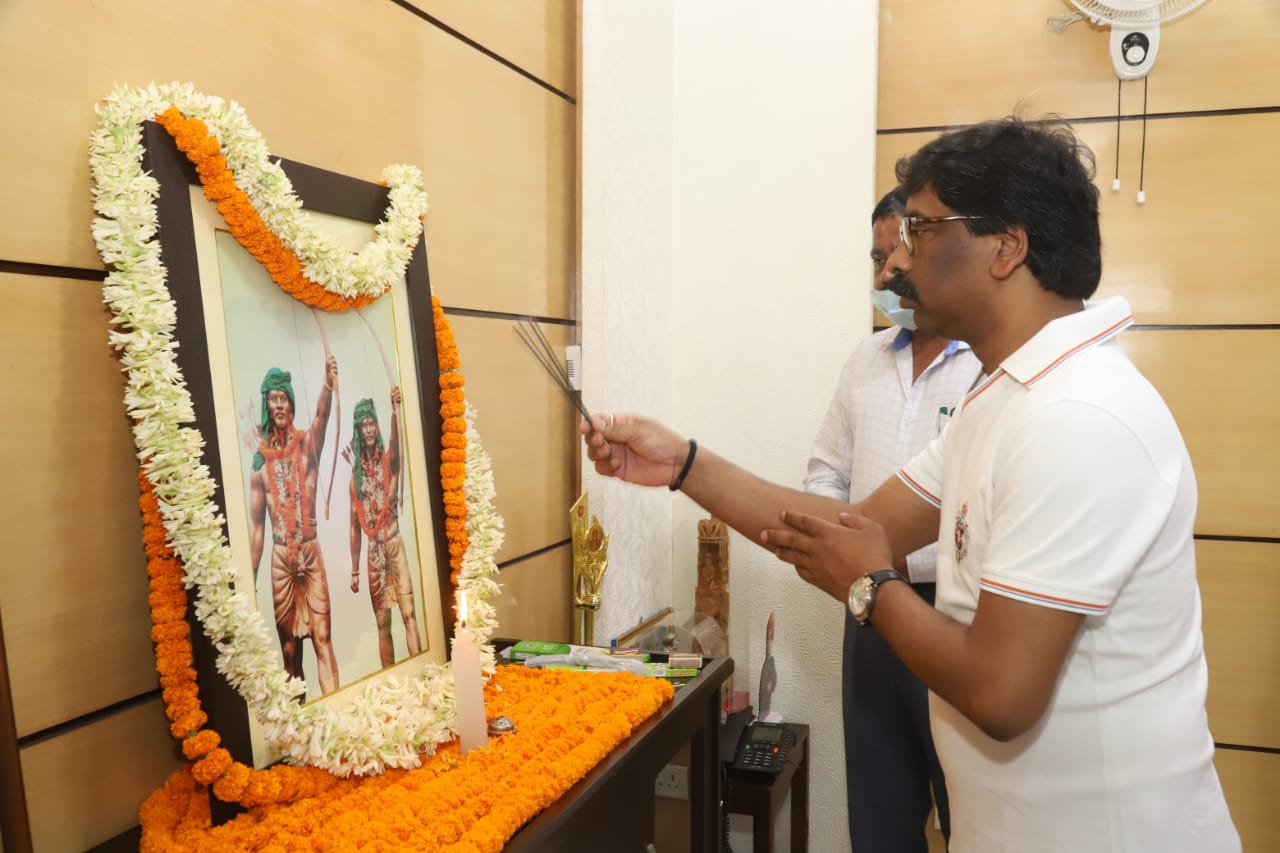 Hul Diwas is observed in memory of Sidhu and Kanhu Murmu, who led Santhal rebellion, and is observed annually on June 30 at Bhognadih in Sahebgunj district of Jharkhand.

However, the ruling JMM and its ally Congress celebrated the Hul Diwas event by offering prayers and garlanding the pictures of Sidhu and Kanhu across Jharkhand.

Rajeshwar Murmu, 28, was found dead in a field at Bhognadih in Barhait, Sahebgunj on June 12. Four days later his family members filed an FIR in the local police station, accusing one Saddam Ansari of murdering him.

As per the FIR, Murmu had protested against Ansari for allegedly passing lewd remarks against a village girl. On June 23, Ansari surrendered in court and was sent to jail.

However, the police cited the post-mortem stating Rameshwar had died due to ‘alcoholism’ and heart attack.

The BJP accused the Hemant Soren government of covering up the murder through a shoddy police probe and demanded a CBI probe into Raneshwar’s case.

On Monday evening a 10- member delegation met Governor Draupadi Murmu at Raj Bhawan in Ranchi and submitted a memorandum and their findings.

Ex-Health Minister and BJP leader, Hemlal Murmu said:” The JMM which claims to be a party for tribals, is trying to cover up the death of the kin of a tribal freedom fighter.”

In response, the JMM leader Suprio Bhattacharya said: “ The opposition leaders were trying to politicise the death of Raneshwar.”