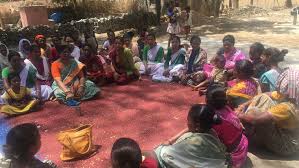 However, three states among the 22 states and Union Territories that were surveyed by the census commissioner’s office had a very high proportion of deliveries carried out by ‘untrained functionaries’.These states were -Jharkhand, Bihar and Uttar Pradesh.

In Bihar, the same figure stood near 19% and Uttar Pradesh at 13.9%. Only these three states had registered the proportion of non-institutional, non-medically supervised, live births in double digits.

They have consistently been occupying the top three places, in the same order, in this unenviable category for at least three consecutive years now, starting from 2016.

Their tallies show the huge disparity that exists within the country in the primary healthcare system. A look at states such as Kerala, Andhra Pradesh, Tamil Nadu, with more robust networks of institutional healthcare exemplifies this gap.