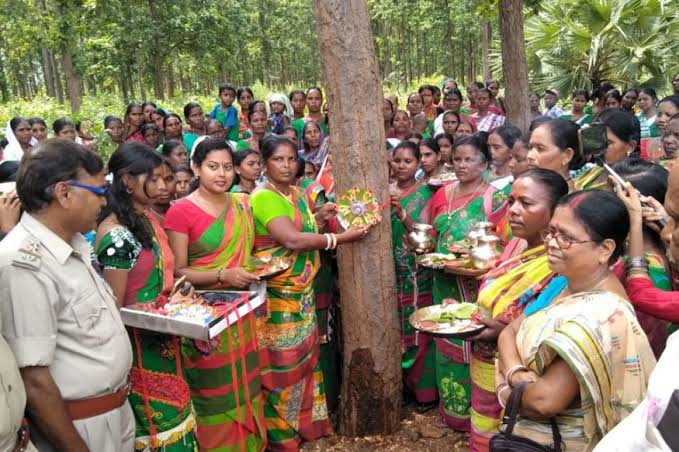 Padma Shri recipient Jamuna Tudu uses cell phones to remain connected with members of her Van Suraksha Samiti(VSS) and protect forest from the clutch of timber mafia in Jharkhand.

VSS led by her has nearly 300 members.Most of them were equipped with mobile phones.Recently,she distributed three mobile phones among the members who lacked it.Each one of them who were active in East Singhbhum,West Singhbhum and Seraikela-Kharsawan.

All members were women.Since prime aim of the VSS was to protect the forest,tree felling and cutting was prevented by them.The tree felling has come down as they shared information about entry and exit of new visitors on mobile phone.Also,Rs 5001 fine was taken from any one who dared to venture into the forest.

Popularly known as Lady Tarzan,33-year old tribal woman Jamuna Tudu been fighting the timber mafia to keep the forest green and clean.She was awarded Padma Shri for her success story visible in her home village Muturkham in Chakulia,80 km from Jamshedpur.

Now,she has initiated a move to link women’s groups to expand the support base of VSS and protect forest in East Singhbhum and Seraikela-Kharsawan.She is planning to move around in forest areas to connect them with her mission to protect forest from timber mafia in these districts.

“Due to her,forest is safe in these districts.Tree felling is a thing of the past”,said the environmentalist.More often than not,Jamuna and her brave team members tour the forests from morning till late afternoon.

“It’s a daily routine. We spread out in groups and remain in touch with each other on the phone. I have also recently presented three mobile phones to our members,” Jamuna said.