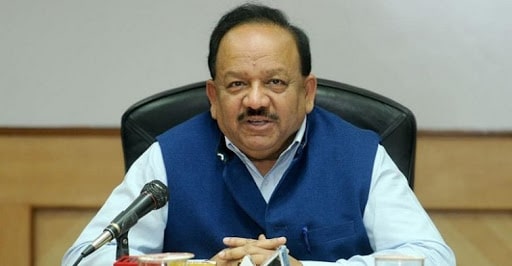 Expressing grief over the death of journalist Tarun Sisodia, Union Health Minister Dr Harsh Vardhan has ordered an inquiry regarding his suicide case at AIIMS hospital.

Tarun Sisodia, who covered the health beat for Dainik Bhaskar newspaper, was infected with Corona and was undergoing treatment at AIIMS. The 37-year-old journalist killed himself by jumping off the fourth floor of the hospital on Monday afternoon as claimed in the AIMS bulletin. He was rushed to the intensive care unit (ICU) but succumbed to his injuries later.

In a tweet, Dr. Harshvardhan said, “Deeply shocked & saddened by the death of young journalist Shri Tarun Sisodia ji. It was a most unfortunate incident. I have no words to express my grief. My condolences to his whole family, especially his wife & young children May God give them the strength to bear this irreparable loss.”

In another tweet, he said, “I ordered AIIMS Director to immediately constitute an official inquiry into this incident, following which a high-level committee has been set up & shall submit its report within 48 hours.”

The investigation committee consists of Professor Padma, head of the Neuroscience Center, Professor RK Chadha, chairman of the Department of Psychology, Panda, deputy director of the administrative department and Dr U Singh, Head, Physical Medicine and Rehabilitation.He also shared his condolences for the media community that is shaken by the tragic loss of an esteemed colleague, through another tweet adding the list of committee members.