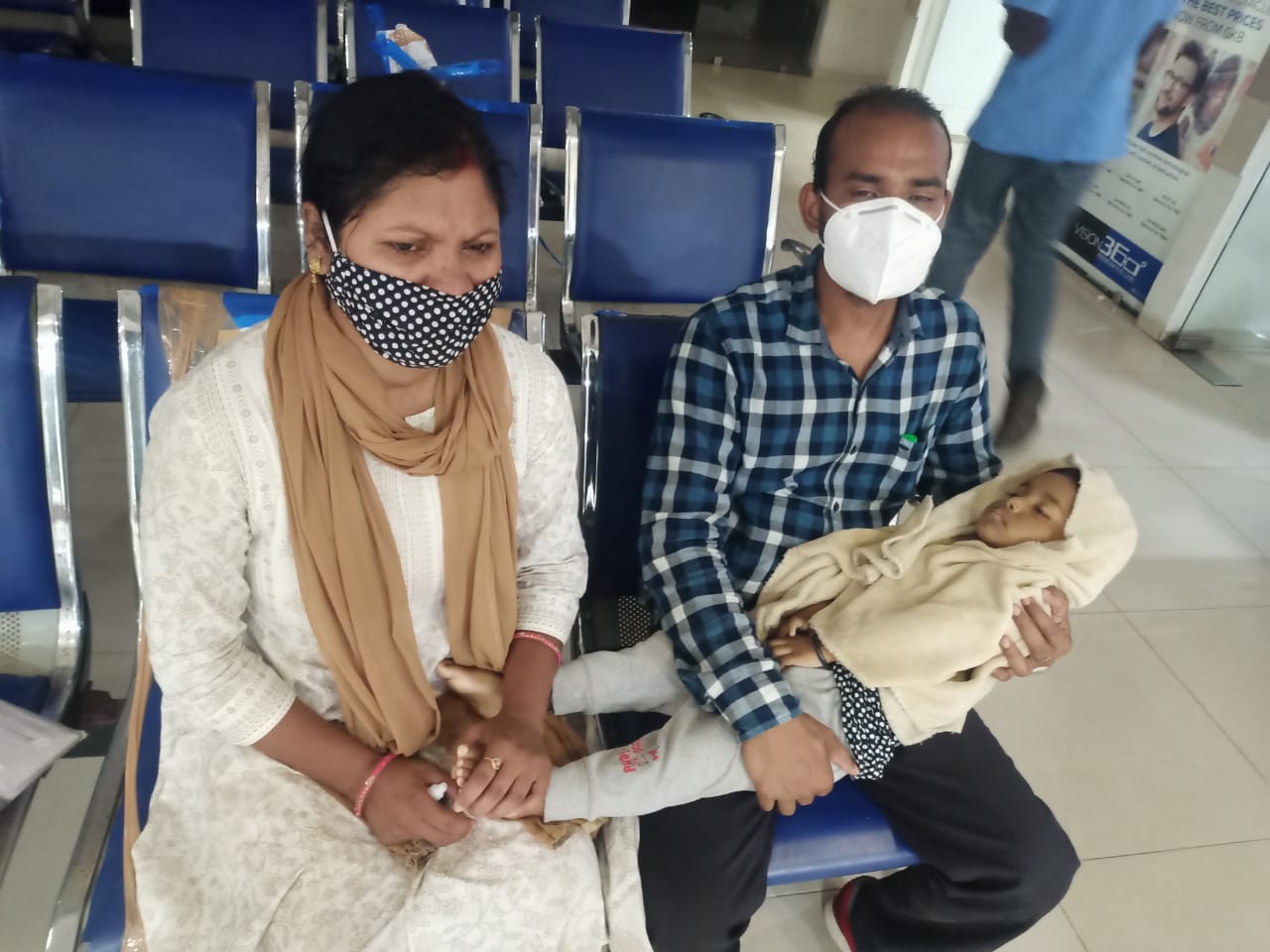 They did what many parents can not do. After the sudden and accidental death of their only lovely child -2-year old girl -Vanshika-mother Sulekha and father Chandraprakash carried her body in hands, take a car and travelled for over 110 kms from Gumla to Ranchi only to donate her baby’s eyes for somebody else’s vision.

The baby’s body was cremated after the Ranchi based Kashyap Eye Memorial  Hospital management led by Dr B.P.Kashyap and Dr Bharti Kashyap took the eyes and kept them in their eye bank on Friday(July 17, 2020).

Records show, this tribal couple -Sulekha and Chandraprakash -having reached above 40 years of age, were blessed with a baby girl. When she was born in 2018, they had celebrated her birth with pomp and show in Gumla.

The album maintained by them shows they had played as well as prayed and thanked the God for giving them a beautiful doll. Suddenly, their life took a miserable turn inside their home in Gumla on  Friday when Vanshika who was playing there fell down and suffered in injuries.

So much that they quickly managed a car and rushed to the capital city of Jharkhand to get her admitted in the Rani Children hospital. Sadly, at this hospital, she was declared ‘brought dead.’

This must-have left these unfortunate parents in a deadly state of shock and grief. Faced with this tragedy, they, instead of wasting time to stand in a queue there for her death certificate, they moved forward with a great vision.

With her body in hand, they reached Kashyap Memorial Eye Hospital and, with “tears rolling down their eyes”, they conveyed their “heartfelt desire” to  Dr Bharti Kashyap.”We want to donate her eyes”, Sulekha told her as Chandraprakash nodded his head in conformity.

Dr Bharti is learnt to have sensed their emotive sentiments and sensibly understood their dream-desire to use their late baby’s precious eyes for some body’s vision.

So Vanishka’s eyes are alive in Kashyap Memorial Eye Hospital Bank. Any taker is welcome there!