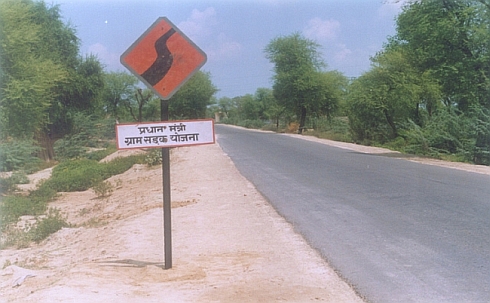 In an unprecedented move,the Centre,the State and a PSU have inked a pact to execute a development project.

In the instant case,executioner is IRCON International Ltd.The Centre and the State are Union Ministry of Rural Development(UMRD) and Rural Works Department(RWD) of the Jharkhand Government respectively.The development project is- Pradhan Mantri Gramin Sadak Yojna(PMGSY).

They signed the agreement to execute the PMGSY works-roads and bridges- in Jharkhand’s five Maoist infested districts-Garhwa, Gumla, Ranchi, Lohardaga and Simdega.The estimated work load proposed to be handled by IRCON in these districts is Rs. 850 crore.

This is for the first time such an agreement was signed in the country with regard to implementation of PMGSY.

The agreement has its own backdrop.Most of the roads constructed under PMGSY lacked quality.The RWD was bereft of qualified,competent and experienced man power to handle the PMGSY project.Moreover,in this state where corruption has been rampant,cuts and commissions varying between 20 and 40 percent,had left the flagship programme suffer. With an aim to arrive at a solution,the RWD led by Satapathy prepared a proposal.In response,UMRD considered it and accorded its approval to engage IRCON to execute PMGSY works in these districts.Soon,a draft Tri-partite Agreement was circulated for comments vide this Ministry letter No. No.P-17024/37/2007-RC (Part) dated 20th Feb, 2013.

The agreement has the following main features:

To read the text of the Tripartite agreement Click here