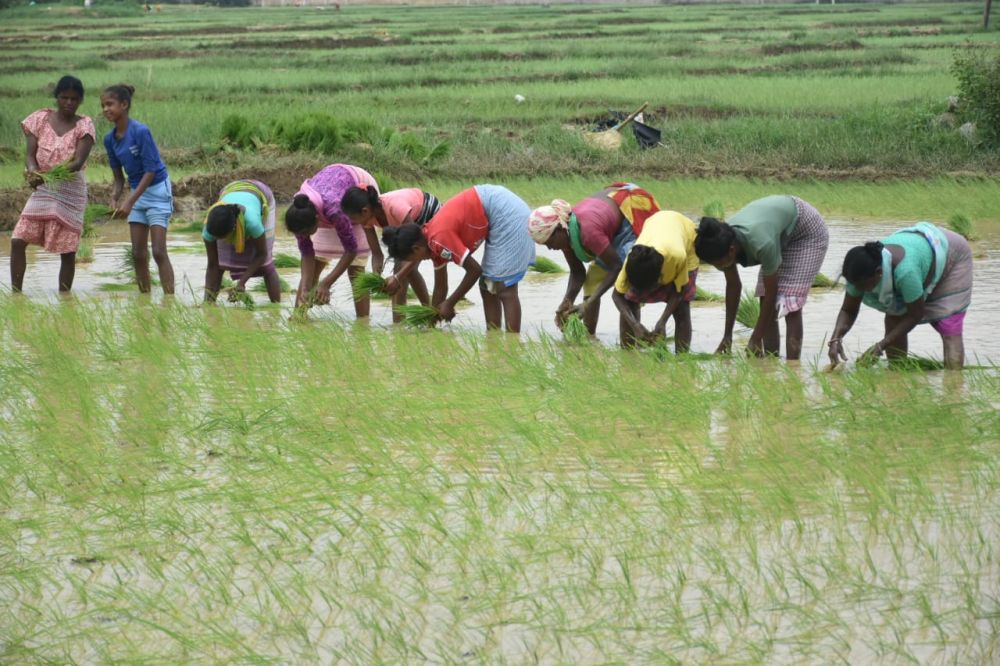 For the first time, Sudhir Tudu is busy monitoring ‘Roppa’(sowing of paddy plants)by female members of family and neighbours in his village in Ratu block of Ranchi district.”Feeling great really”, he smiles.

Tudu is not an isolated case. Like him, there were more than 4.5 lakh workers who had returned home from different parts of the country in May-June. Now, they were involved in paddy cultivation.

In the past, they stayed in cities, worked and earned money. In this time of COVID-19, the agriculture sectors in Chotanagpur, Singhbhum and Santhal Pargana have reasons to cheer.

Farmers as well as agriculture department officials are expecting a bumper harvest. Why? Vast fellow land(called Tanr) in villages of these divisions, which largely remained uncultivated during the monsoon, would be cultivated this year. This is not only because of the good fall of monsoon rains but also due to the enthusiasm of those who have returned home from other cities and States.

Yet another reason is that farmers who had mostly remained indoors during the lockdown have prepared themselves for the current Kharif season.”We used to work in factories and construction projects otherwise during monsoon. The lockdown thus helped us concentrate on our land”, said a farmer from Khunti.

A survey conducted by the state rural development department led by Secretary Aradhana Patnaik revealed that the overwhelming majority of these migrant workers were inclined to stay at home if ‘at least’ the irrigation water was made available.”If we are provided job opportunity by the government, why will we go out of our home”, asked a farmer who had returned from the Delhi construction site.

The agriculture department, which had sold about 2100 quintals of paddy seeds last Kharif season in East Singhbhum district culminating in the cultivation of about 35,000 hectares of land, has already sold over 2,230 quintals of paddy seeds.”We hope to surpass the target of 39,000 hectares this season”, said department’s section officer Arun Singh.

At the same time, the department is making all efforts to promote organic farming across the state of Jharkhand.