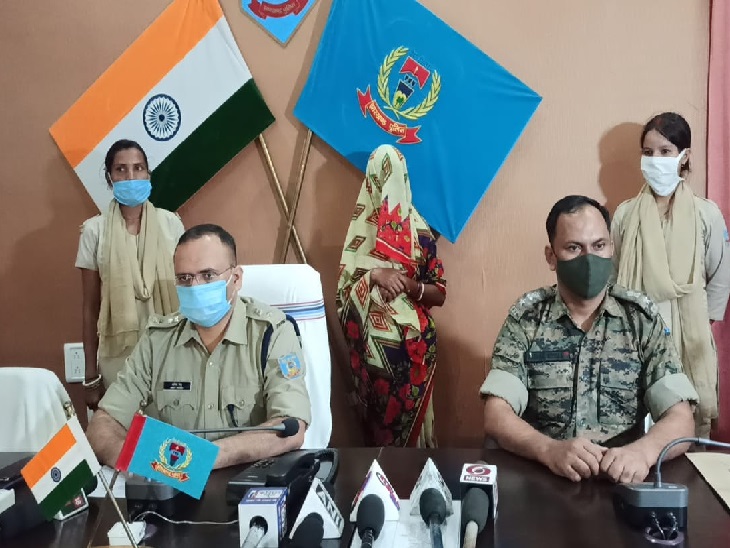 *While Giridih SP and CRPF officer address media persons in Giridih today,CPI(Maoist)’s Area Commander stood in saree with her face covered by a piece of cloth.

In a joint operation of the police and the CRPF,CPI(Maoist)’s Lady Commander was nabbed last night.Right now she is in the custody of the security forces.She who carries an award of Rs two lakh on her head, was  arrested in Gamhara village under Khukra police station in Giridhar district of Jharkhand.

She is slated to be sent to jail on judicial custody.

After her arrest Giridih SP Amit Renu said on tip off on Thursday,a search operation was launched.In forest area falling under Gamhara village in Giridih,a group of banned CPI(Maoist) comrades were involved in a meeting to ‘launch a major attack.”The Security forces led by Renu,Additional SP(Operation)Deepak Kumar and CRPF’s D/154 Battalion Ajay Kumar Rajnikar nabbed her by chasing her for a while”,Renu said.