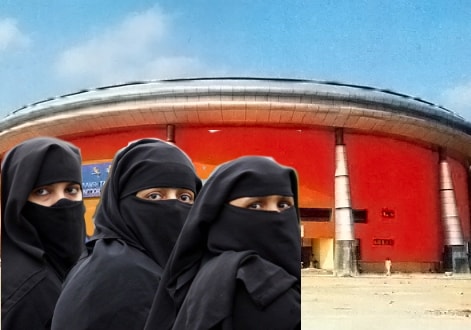 After social media highlighted that three Tablighi Jamaat Women, who were quarantined inside Corona Centre -Sports Complex- Ranchi, over two months ago, had turned pregnant, the district administration in Jharkhand, had deployed Additional Collector to inquire into this sensational case on Wednesday.

On Thursday, this Additional Collector was transferred. This has raised many an eyebrow. “We are not aware why he was transferred”, said a senior IAS officer on condition of anonymity.

However, after pregnancy of three Tablighi Jamaat women came to light in social media on Tuesday, functionaries attached with Birsa Munda Jail, Ranchi District Administration and Health Department were tight-lipped.

None of them is ready today to even reply to a  query as to why and how they had turned pregnant while they were quarantined inside the high-security zone of Coronavirus Quarantined Centre -Sports Complex in Jharkhand capital city.

In fact, Ranchi Deputy Commissioner Chavi Ranjan had deployed Additional Collector to inquire into the pregnancy case of these three Tablighi Jamaat women on Wednesday. When inquiry had not even begun, this AC was transferred.

Now, when the probe begins, nobody knows.