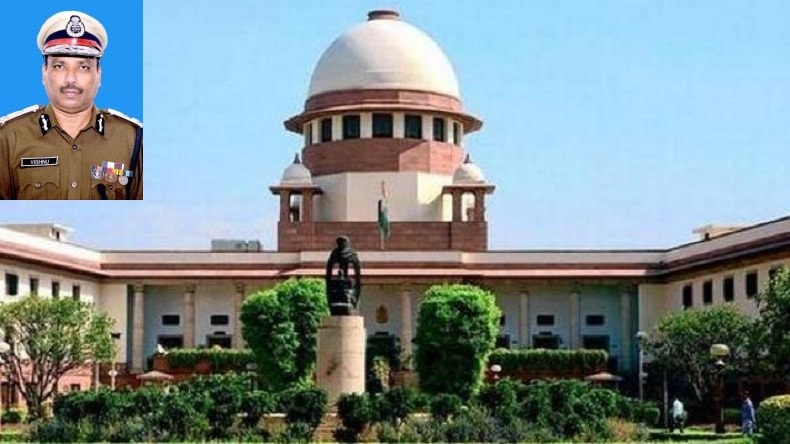 The Supreme Court is yet to fix the date of hearing the public interest litigation questioning the appointment of MV Rao as “Acting” DGP of Jharkhand.

Filed by Prahlad Narain Singh, a resident of Giridih, the PIL has alleged that Rao has been appointed as “Acting” DGP by the state government led by Chief Minister Hemant Soren in violation of the directives and guidelines of the Supreme Court.

In the list of DGP rank officers in the state, Rao was third in seniority among Jharkhand cadre IPS officers. Two senior IPS officers of 1986 batch who were senior to Rao of 1987 batch were Kamal Nayan Choubey and VH Rao Deshmukh who is retiring on July 31, 2020.

“This is not in accordance with the SC’s guidelines”, argues petitioner Singh.

Like him, another PIL was filed at the apex court this month against the appointment of Haryana DGP. Earlier the appointment of UP’s DGP was also challenged in the Allahabad High Court. More often than not, these petitions in common cite the SC’s three main guidelines.
1. The head of state police force is to be selected by the state government from among the three seniormost officers empanelled by the Union Public Service Commission (UPSC) on the basis of — length of service, service record and the range of experience for heading the police force.
2. The selected DGP must have a minimum tenure of two years.

In subsequent directions in 2018 and 2019, after Prakash Singh, the former DGP of Uttar Pradesh argued for modification of its order, the SC made it clear that “preparation of panel should be purely on the basis of merit from officers who have a minimum residual tenure of six months i.e officers who have at least six months of service prior to the retirement”.
3. The appointment should be done on the basis of merit and seniority should be given due weightage.

Notably, the Supreme Court had weighed in against the appointment of "acting” DGP.
"The Supreme Court's directions, in this case, are quite clear. You simply cannot appoint an acting DGP. The procedure is that you send a panel of suitable officers to the UPSC, five to six, of which they shortlist three names and then the chief minister of the state has to decide from within those three names. If this procedure has not been followed in the case of Jharkhand, then the appointment can certainly be challenged," the petitioner Singh opined.