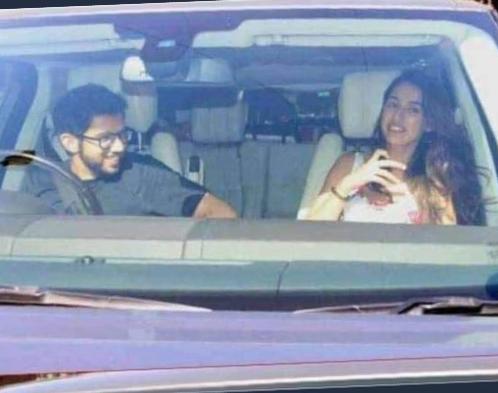 Why Thackeray govt not backing Bihar police or why it is not ordering CBI probe into Sushant Singh Rajput “suicide” case?

If this picture is not structured, Sushant Singh Rajput’s case seems to have taken a turn with this  image going viral in social media.

Look at this picture closely and think why Shiv Shena leader and Chief Minister Uddhav Thackeray not even filed FIR. Why it has not even questioned any of the two seen in this picture? Why without investigating it properly,Maharashtra police claims its a case of “suicide.”

Even if it is a case of suicide, why Sushant committed it. Why Maharashtra police is not backing Bihar police and ordering CBI probe into star Sushant Singh Rajput case?

In this picture, Thackeray’s son Aditya who is Minister in the Maharashtra government is driving his car in company of Rhea Chakraborty, who had “live -in” relationship with Sushant Singh Rajput, prince of Bihar.