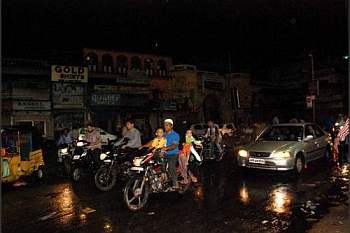 Power cuts continue in Jharkhand where the President’s rule is on.The people of this state have always faced this problem.

Even during the rule of elected governments,the power cuts were a routine.This time the shortfall in power supply was attributed to break down of power production from two units of Patratu Thermal Power Station are shut because of problems. About 260 MW of power were being produced by these three units.

The result is that Ranchi and its adjoining areas faced power cuts through out the day today.

The is unlikely to end unless the state government unbundles the loss making and highly inefficient PSU-Jharkhand State Electricity Board.