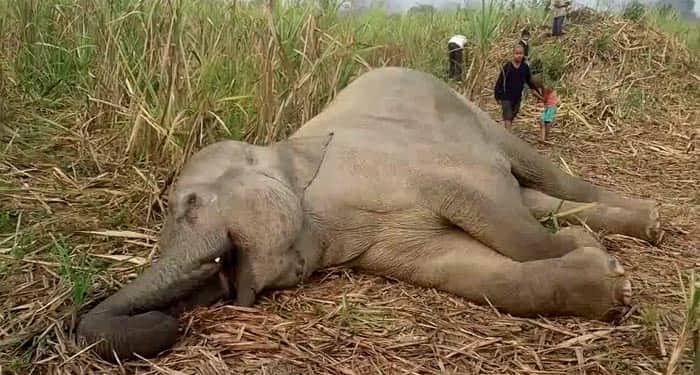 Palamau Tiger Reserve is fast turning into a graveyard of elephants. During the past ten days, two elephants were found dead there.

The latest death of elephant was spotted by PTR’s staff near Palamau fort on Wednesday.Though this elephant was identified as ‘old’, the cause of its death was not known.

“ It is likely that it had lived life and died natural death”, said a PTR’s staff who does not want to be named.He refuted suspicion that it was killed by any smuggler.

Prior to this old elephant’s death, a domestic baby elephant called Kal Bheraw was killed by a herd of wild elephants inside PTR area on January 18, it is learnt.