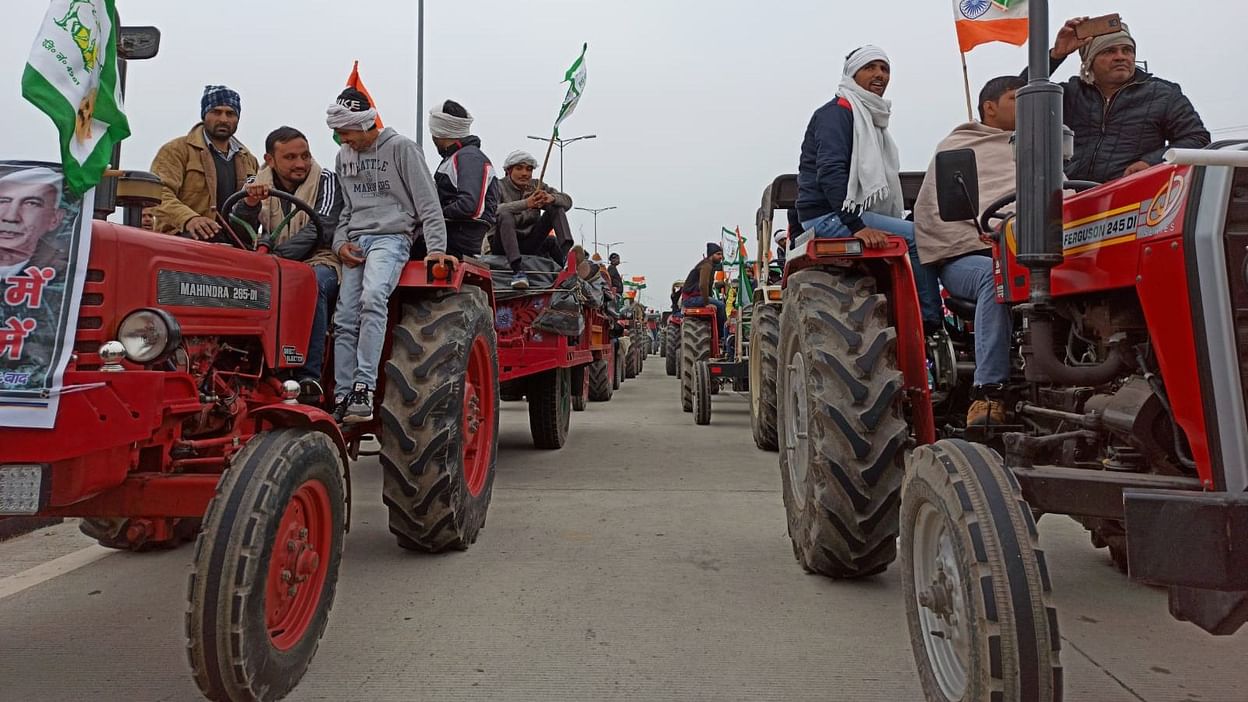 One incident, just one incident points to what was the plan and what went wrong.

The Communists have thrived all over the world by creating "Martyrs" or "Rakta Sākshi" for their causes. It has been a systematic perpetuation. They just need a dead body to attach a cause to agitate and build a narrative.

Rajdeep Sardesai Tweeting as well as talking to an India Today journalist claiming a famer had died in police firing. He claimed, "The person had received a bullet_in_the_head." It had become viral in minutes.

But unfortunately for Rajdeep and his Ecosystem, the entire rash driving of tractor and crashing against barricade and the overturning of the tractor was filmed and was out on the Twitter immediately.

But there's a story perhaps overlooked by us. What happened when there was a tractor crash ? The Police rushed to help the driver. But the "farmers" prevented the police and actually allowed the man to die. Perhaps, he could have been saved.

The plan was to drive police to such desperate levels that the police would fire and that would give them martyrs on international stage on Republic Day. But before such situation came up, they were looking at a dead body or almost dead body and that had to be their martyr. THAT was the plan.

The Caravan has published a story of Police firing, hiding behind a building and "bullet in the head" is still their story. It is still being shared even though the preliminary postmortem reports haven't found any bullet. Rajdeep has deleted the Tweet and run away to cover Didi.

The whole Ecosystem was cocksure about violence and dead bodies. They expected violence like Delhi Riots. They wanted the ordinary people, the Sikhs and Hindus to come out on the roads and clash. They wanted to burn Delhi Again. These vultures wanted several dead bodies.

One over enthusiastic acrobat from Australia has destroyed the best laid plans. Apart from showing tremendous patience and guts, the police also made sure the accident victim won't become a Martyr.

Rajdeep Sardesai and all the Ecosystem knew the plan. But an accident foiled the whole thing and now the Ecosystem is on the run. They have to adopt Plan-B. Hence Deep Sidhu, the English Speaking Farmer leader till 25 January suddenly becomes BJP's stooge and his photographs with Sunny Deol and NaMo are out in social media.

In short, the entire Ecosystem was working really hard to create martyrs. They were so confident of the success of this plan that Rajdeep jumped the gun and narrated the bullet in the head story because they were totally confident of the success. The Australian gatecrasher came out of syllabus. Sonia Gandhi was in US for few weeks recently. She had no health issue which had been told for years that it’s secret. This is where money and plan and role of each international player are hatched.

The ugly chapter of the Kissan Game has ended.Another must be in the pipeline of the Communists and their allies.Lal Salam.