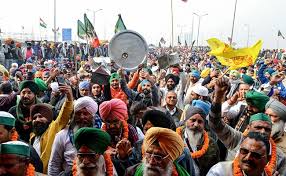 As it is clear now,Hybrid Warfare  is being waged by Pakistan against India in which Khalistani movement appears to be a willing pawn and instrument.

To begin with, when we think of war with the arch-enemy Pakistan, we conjure up a scenario of the two armies fully equipped with armaments pitted against each other.While the aspect related to conventional warfare as stated in the preceding paragraph is true , as conveyed earlier little known and less understood is the Unconventional segment of warfare which goes with the epithet Hybrid Warfare that Pakistan relentlessly and indeed remorselessly wages against India.

While historically hybrid warfare has been used by various parties from time to time, a concerted effort in this direction involving a multi-pronged strategy is of a relatively recent origin made possible,inter alia,with the growth of information technology, social media and a porous and transnational world.Physical presence is not needed to spread information or act adversely in a particular place.

Hybrid warfare is substantially based on the philosophy of the Chinese military strategist Sun Tzu enunciated in his book The Art Of War .He held that in addition to conventional warfare which included military engagements,indirect methods were also needed to bring down the enemy. It should be a case of defeating the enemy without conventional fighting by taking advantage of the enemy's internal weaknesses ! To quote him:

"The supreme art of war is to subdue the enemy without fighting."
This hybrid warfare has become increasingly popular as it is indirect without calling for a formal declaration of war. It can be protracted and surreptitious with multi-pronged unconventional attacks converging to harm the targeted nation along its various societal cleavages and faultlines.

For example,China has done it so well against America that the Wall Street there has become a strong lobbyist for it in the domestic polity as brought out so well by the author Clive Hamilton in his book "Hidden Hand:Exposing How The Chinese Communist Party Is Reshaping the World"which is essentially on China's highly effective hybrid warfare against the European countries and America.

To oblige political elite and parties of the targeted country by giving donations or other financial benefits to influence their decision is another means . There are still more methods for hybrid warfare.The targeting country adopts tools of hybrid warfare depending upon what it is in a position to execute and what it also expects to be effective against the targeted country. India,where citizens take pride in its rich diversity,unfortunately,some time,
degenerates into deep dissensions and divisiveness.

It becomes an easy target for such Hybrid Warfare.Its liberal system that goes with democratic norms provides unintended political and legal shield to such elements thereby making the job easier.For a relatively weaker country like Pakistan hybrid warfare is a very suitable option against India as it is deemed to be low cost sustainable over a long period of time in comparison to conventional war, and when engaged relentlessly can wear the other side down internally.

One advantage for the targeting country is that being a rather surreptitious and indirect form of war ,it becomes difficult to attribute the inimical activities to the said country which also has the advantage of easy denial. Hence, despite knowing ,it is difficult to prove against the targeting country. For example, Pakistan till now has managed to deny its involvement in terrorism and other activities against India and the latter has not been able to pin it down on the same definitively.

With the brief understanding of hybrid warfare, let us understand in brief to get an idea of how Pakistan wages it against India and the linkages with Khalistanis. In the aftermath of the formation of Bangladesh in 1971, Pakistan as a revenge wanted a 'Bangladesh' at its door-steps in the form of Khalistan carved out of India.Zulfikar Ali Bhutto met in early seventies and encouraged the separatist leaders like Jagjit Singh Chohan for a Khalistan.

A propounder of 'Ghazwa-e-Hind' (Holy War against India), Pakistan unfortunately has suffered from a self-consuming hatred towards India which has evolved into the raison d'etre of its fragile existence in the absence of a positive national agenda.The famous "A thousand cut"came as a war- cry (should we say a Hybrid War Cry? ) by Pakistan to incrementally wilt India down internally through sustained terrorism and other forms of hybrid warfare.

Pakistan has been supplying arms to the Khalistani militants and now the drug supply is also there in Punjab money earned out of which is said to be recycled in Punjab and India at large.Khalistanis have been visiting Pakistan for help and indoctrination.It is well known that Pakistan supports Terrorism very actively in India .Kartarpur Corridor which was opened sometime back is feared to be used by Pakistan to further Khalistani terror.

With the revocation of Article 370 which will help India integrate Jammu &Kashmir closely , Pakistan feels that it has lost its hold there and a justification for anti-India activities.Post-Uri and Balakot Air- strike,Pakistan has realised that under present political dispensation at the Centre, there will be what we may coin as "A Gush For A Cut".Needless to add, in case of a 'gush' one bleeds more profusely!

No wonder Pakistan will more eagerly look for other opportunities and in many ways, Khalistani separatists are coming in handy for the said purpose. Kisan Andolan is being seen by Pakistan as a much awaited opportunity.Chief Minister Captain Amrinder Singh has stated that with the Kisan Andolan getting prolonged, supply of arms by Pakistan with the help of drones and that of drugs has increased in Punjab.Sleeper Cells of the militants are getting activated.Government has complained to Twitter for de-activating malicious twitter sites fomenting anti-India misinformation.

Understandably PM Narendra Modi in his recent speech in the Rajya Sabha in the context of Kisan Andolan , talked of 'FDI'(which generally means Foreign Direct Investment and is welcome) of another kind which he amplified as Foreign Destructive Ideology. He was obviously referring to foreign forces which importantly also include Pakistan and Khalistan .They through a variety of means including the destructive ideology which constitutes one of the tools of Hybrid Warfare are trying to harm India !

Thus, FDI as acronymed by PM Modi is a wake-up call for the country to comprehend and counter Hybrid Warfare being waged against it in a variety of ways !