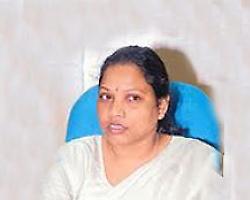 Mayor Rama Khalko is evading arrest.After the court in Ranchi issued warrant of arrest against the lady Mayor,her house wore a deserted look and she was reported traceless.
“We don’t know where she is”,was the reply of her house guard Jeetan Manjhi.

The warrant of arrest was issued against her by the local court in the cash seizure of Rs 22.31 lakh case.This whopping sum was recovered from a bag lying inside the room number 202 of the Ranchi based hotel City Palace on Sunday,a day before the Municipal polls across Jharkhand on Monday.

Khalko,supported by the Congress leader Subodh Kant Sahay,was contesting the poll for the post of Mayor.After the cash was recovered by the police on a tip off,the Congress’s state unit office secretary Niranjan Sharma among two persons were arrested and remanded to judicial custody.

According to the FIR,the room number 202 was booked in the name of Sharma.During his interrogations, Sharma reportedly told the police that the bag carrying the cash was brought by Sahay’s brother Sunil.

Now,while Khalco is expected to move the appropriate court for the bail in the cash Rs 22.31 lakh seizure case ,the police is trying to trace the source of the cash which is suspected to have been provided by Sahays.Suinl,incidentally,had lost the security deposit in the Hatia Assembly by polls as a Congress candidate last year.

The buzz is that the State Election Commission which has stayed the counting on April 11 may cancel the Mayoral polls in Ranchi.