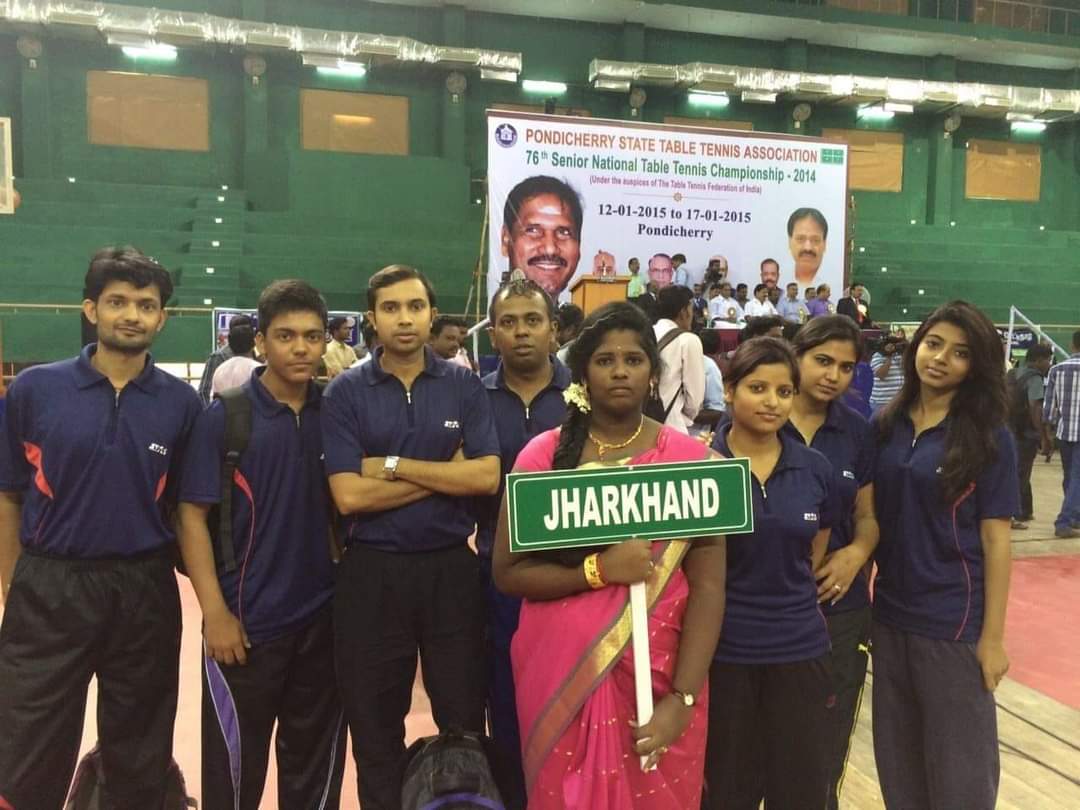 Once upon a time, and for a long time, Chief Minister Hemant Soren land's leading man had speed, agility, devotion, with the lower body power of determination and stability. But that has changed. The new generation of Jharkhand's young leading TT players are soft of passion, with limpid stares and passionless frames.

Rajendra Jaiswal, a student of Ranchi-based St.John's High School and St.Xavier's College has played Table Tennis in a number of TT tournaments since 1970s. He is the only senior citizen among an old crop of leading TT players in Eastern India who remains engaged in playing, motivating and encouraging young TT players. Why?Enquiry revealed he had a passion for Table Tennis since his childhood.

From 1972 to 2005, Rajendra Jaiswal participated in several TT tournaments at the school, district and state levels. His striking rate was high as his house in the state capital of Jharkhand is packed with trophies and medals.

The new TT players Arvind Kumar, Ashok Gupta and Pramod Singh describe him in common as "TT Guru'. Senior TT players say the shift took place as a generation of power-packed TT players passed into middle age, among them Rajendra Jaiswal  continues to stand tall."We are proud of Rajendra Sir. Whenever he is around while we play, he guides us.", said Kumar who practices  TT inside the Union Club in Ranchi, where Rajendra Jaiswal is often spotted playing TT.

While there is always demand for a TT couch, Rajendra Jaiswal prefers to coach young players, free of cost. Jharkhand cities of Dhanbad, Bokaro, Jamshedpur and Ranchi are constantly hungry for new TT players, says Rajendra Jaiswal. When it comes to organising a tournament in these cities, school, district and state chiefs rarely fail to contact him to elicit his opinion.

"I  enjoy playing the game and promoting its cause', said Rajendra Jaiswal.