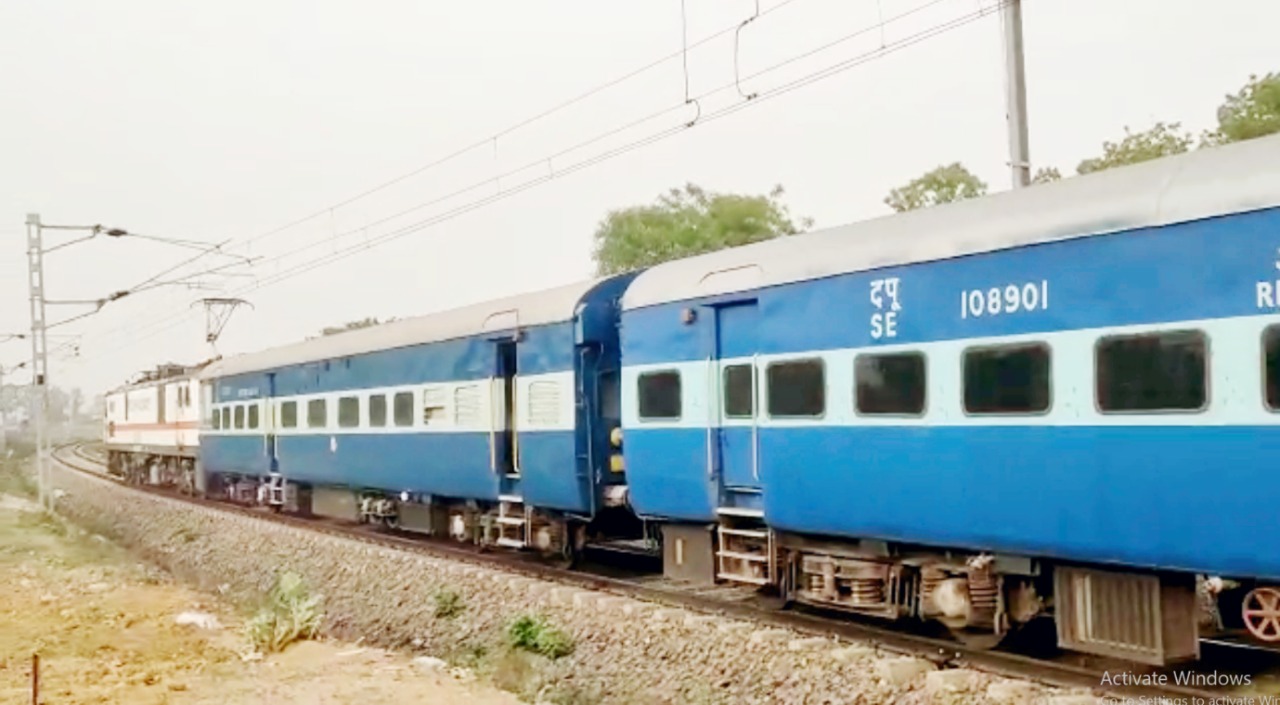 South Eastern Railway is moving towards the goal of complete electrification by this financial year. For this out of three branch lines where electrification work started, one has been completed and in other two the work is in the final stage.

S.E. Railway having 2712.756 Route Kilometre (RKM) of which wore than 90% of the route has already been electrified and the rest is to be completed by this financial year 2021-22 to enjoy the pride of complete electrification. For execution of this goal of electrification, in the budget of this financial year an amount of Rs. 87.84 crores has also been granted to S.E. Railway.

In the state of West Bengal, the Bakura-Masagram Branch Line was completely electrified in the last financial year. The woi k was sanctioned in the year 2018-19 for a length of 118 Route Kilometre (RKM) with an estimated cost of Rs. 106.45 crores.

The another two projects are in the state of Odislsa mainly. One is Rupsa-Bangriposi Branch Line (89 RKM), where electrification work was sanctioned in 2018-19 with an estimated cost of Rs. 94 crores. The part of this section between Rupsa-Bhanjpur which is of 56 KM has been commissioned on 30.03.2021.

Similarly, the another project of Tatanagar- Badampahar Branch Line ( 89 RKM) got sanctioned in the same year with an estimated cost of Rs 104.18 crores. In this section the station between Tatanagar and Gorumahisani (65 KM) was also commissioned on 31.03.2021.

Electrification route, on the other hand, is energy efficient when it compared to diesel fuel and hence, it minimises the operational cost of the Railway by saving diesel consumption, apart from being an environmental friendly transportation with no carbon emission.

S.E. Railway turned Covid-19 pandemic in to an opportunity to complete its remaining electrification work like other construction projects being executed by Indian Railways. By targeting cent percent electrification, S.E. Railway not only aiding Indian Railways’ plan to electrify all routes on Broad Guage network by Dec, 2023 but it also plays an important role to contribute from its part to materialise Indian Railways on mission mode of becoming “Green Railway” by 2030.