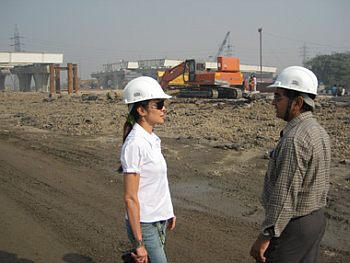 These junior engineers,each of whom carries a Diploma,were screened and selected by the Jharkhand Public Service Commission for the deployment in the RCD.

Incidentally,many appointments made by the JPSC in the past over a decade had courted controversy.This is the first time when not an eye brow was raised over appointment of so many junior engineers.

While addressing the audience on the occasion,RCD’s Principal Secretary Raj Bala Verma informed that 80 Assistant Engineers,each with a Degree in engineering, will be appointed soon.”The exams were already held”,said Verma.

Governor Ahmad exhorted the newly appointed junior engineers to work with a sense of dedication and commitment and advised them to adopt notable Indian engineer, scholar, statesman and the Diwan of Mysore during 1912 to 1918,Mokshagundam Vishveshwariah, as their role model.