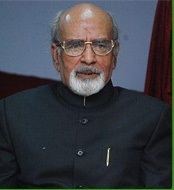 Jharkhand Governor Syed Ahmad today disclosed that Jharkhand had already started the process to separate investigation from other functions of the police.’Our state has already taken initiative by notifying the same in the 4 urban districts viz. Ranchi, Jamshedpur, Dhanbad & Bokaro”,he said.

Speaking on the Fifth Report of the Second Administrative Reforms Commission(ARC) dealing with Public Order and Justice to all in New Delhi,Ahmad said” In view of existence of a Criminal Investigation Department, there appears no need for a new agency. We feel that its strengthening and extension till PS level will suffice. Board of Investigation could similarly be formed consisting of Chief of CID, DGP and Chief of Prosecution. Its Chief could be selected in light of guidelines of Supreme Court in case of Prakash Singh.”

In view of above judgment and the Model Police Act, we do not see any need of proposed State Police Performance and Accountability Commission. What is needed is adherence to them in letter and spirit. Similarly, the proposed Police Establishment Committee does exist but in in the name of Police Establishment Board.

Unless investigation is backed by strong prosecution, the desired result would not be achieved. We, thus, welcome the suggestion of the creation of District Attorney, but it should be an office rather than an individual. Police Officers should form part of that office.

We endorse the suggestion of ARC about through outsourcing of non-core functions. However, we feel that more guidance is required and suggest BPRD to take a lead in finalizing the tasks and the modalities through which they could be outsourced.

Without a merit based selection process, the cutting edge functionaries can’t be empowered. We have thus decided to adopt Transparent Recruitment Process. We also suggest that inclusive policing may need relaxation of some norms so that large tribal and PTGs as also minorities could be represented. We suggest giving authority to states to relax norms even in recruitment for IRB.

A decision on independent District Police Complaint Authority must involve State Human Rights Commission and factor in imperatives of a difficult fight against LWE elements.

We agree with the recommendation of improving CCTV coverage and suggest that Tier-II cities (like Ranchi, Dhanbad, Jamshedpur) should be included under the Safe Cities Project and funded under Police Modernization Program.

We are of the view that professionals like psychiatrists /counselors/ child right experts be sanctioned as part of the police strength. Training in handling the media should also be part of training curriculum.

The issue of zero tolerance and sustained day to day crime management is vital to the image of police as well as governments. The creation of comprehensive databases and data analytics will provide predictive capacities to police to help prevention and detection of crime.

With these observations I conclude my intervention on this very important subject matter of Public Order and thank the second Administrative Reforms Commission for a thought provoking report and Hon’ble Union Home Minister for organising this consultation and giving me opportunity to express my views.