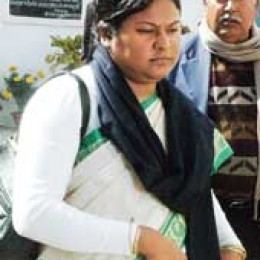 Responding to a PIL,the Jharkhand High Court has ordered the police to arrest Jharkhand Mukti Morcha MLA Sita Soren by May 6.

The division Bench comprising PC Tatia and Justice Jaya Roy ordered issuance of their directive to the police and threatened that in case it failed to execute the order by May 6,the DGP and the Home Secretary will be summoned.

Sita,daughter in law of JMM chief Shibu Soren was an accused in the cash-for vote scam connected with the Rajya Sabha by polls and kidnapping of two persons who were eye witnesses in the case.

The PIL seeking to bring the accused to justice,Durga Oraon,a citizen of Ranchi,had approached the court seeking its directive to bring her to justice.Since the cash-for vote scam case was being investigated by the CBI,the Bench also directed the premier investigating agency to file the chargesheet within two months.