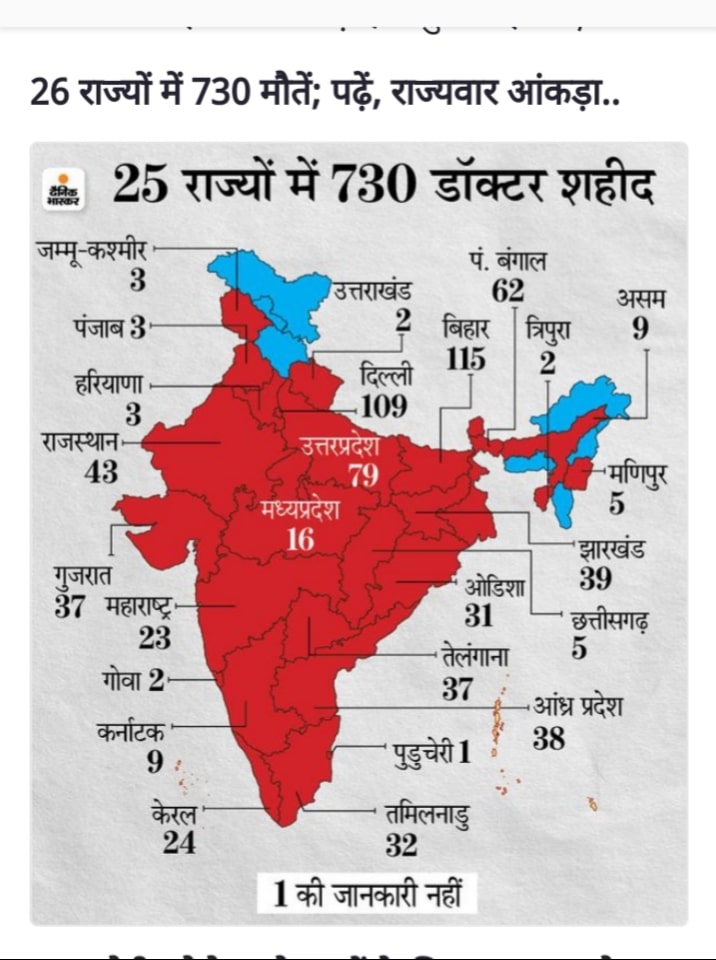 As India is second among the most affected countries in the world by active cases, question arises is how many doctors this country lost due to deadly Covid?

If data shared by a group of doctors and going viral in social media are to be believed,today, the addition of 67,208 cases took its total caseload to 29,700,313.

Among them were the unfortunate deaths of as many as 730 front-line Corona warriors who were honourable doctors in the country, according to the data shared by a group of doctors.

“ By and large, we believe these data are genuine and near to grass-root reality”, said Dr RS Das, a member of the Indian Medical Association.

The data covers deaths of doctors in 25 states of India. The maximum number of Covid deaths of 115 doctors was reported from Bihar, according to the same data.

In the list of doctors’ deaths, Delhi stood at number two with deaths of 109 doctors, followed by West Bengal where 62 doctors had succumbed to Coronavirus infection.

In the rest other states and UTs, the casualties of doctors stood in single digit.