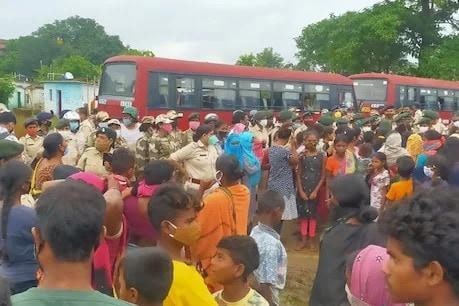 The Light House project, a scheme launched by the Jharkhand government to provide ‘pucca’ houses to the poor, has been facing protests in Ranchi. The people who are supposed to benefit from this project are protesting against this.

Two days back, locals protested by raising slogans against the housing project being built in the HEC area of Ranchi, the capital of Jharkhand. The protestors also tried to interrupt the work. Subsequently, police used mild force to bring the situation under control after which locals were angry.

The local residents in the HEC area of Ranchi fear that this project will end up making them financially vulnerable. The locals allege that even after the grants by the state and the Central governments each beneficiary will have to pay 6 lakh 79 thousand rupees to acquire a house under this project, which is impossible for the poor people who are living in the slums.