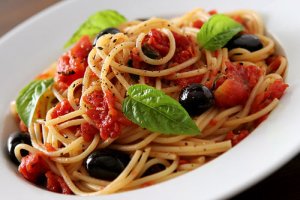 Guns,pistols and rifles were used to rob the banks in many parts of India.Even in Jharkhand,these weapons were used by the robbers to loot cash from the banks.

But in the US,a woman is reported to have had used cans of pasta sauce to pose as bomb and successfully robbed a bank in New York.

A report by ANI said that the suspect,who was nearly 60- year old woman with heavy gait,had managed to escape after stealing cash from the Fifth Third Bank branch in Macomb County’s Clinton Township, 15 miles northeast of Detroit, at 11:30 a.m. on Saturday.

She is reported to have threatened the Bank staff that she had a bomb in her bag and she demanded 200-pound,said the ANI report quoting the New York Daily.

“Clinton Township Police Sgt. Deena Terzo told the Detroit News that it was a closed bag, so you couldn”t see into it, and no one wanted to open it.”

The same report quoting Terzo said that the woman took the sum of money and fled in a getaway car driven by a man.”However, when the Michigan State Police Bomb Squad arrived after the theft, X-rays showed that the bag contained two cans of spaghetti sauce.The woman remains at large”,said the ANI report.

“This shows how terror had gripped the minds of Americans”,commented a senior commentator based in Boston.