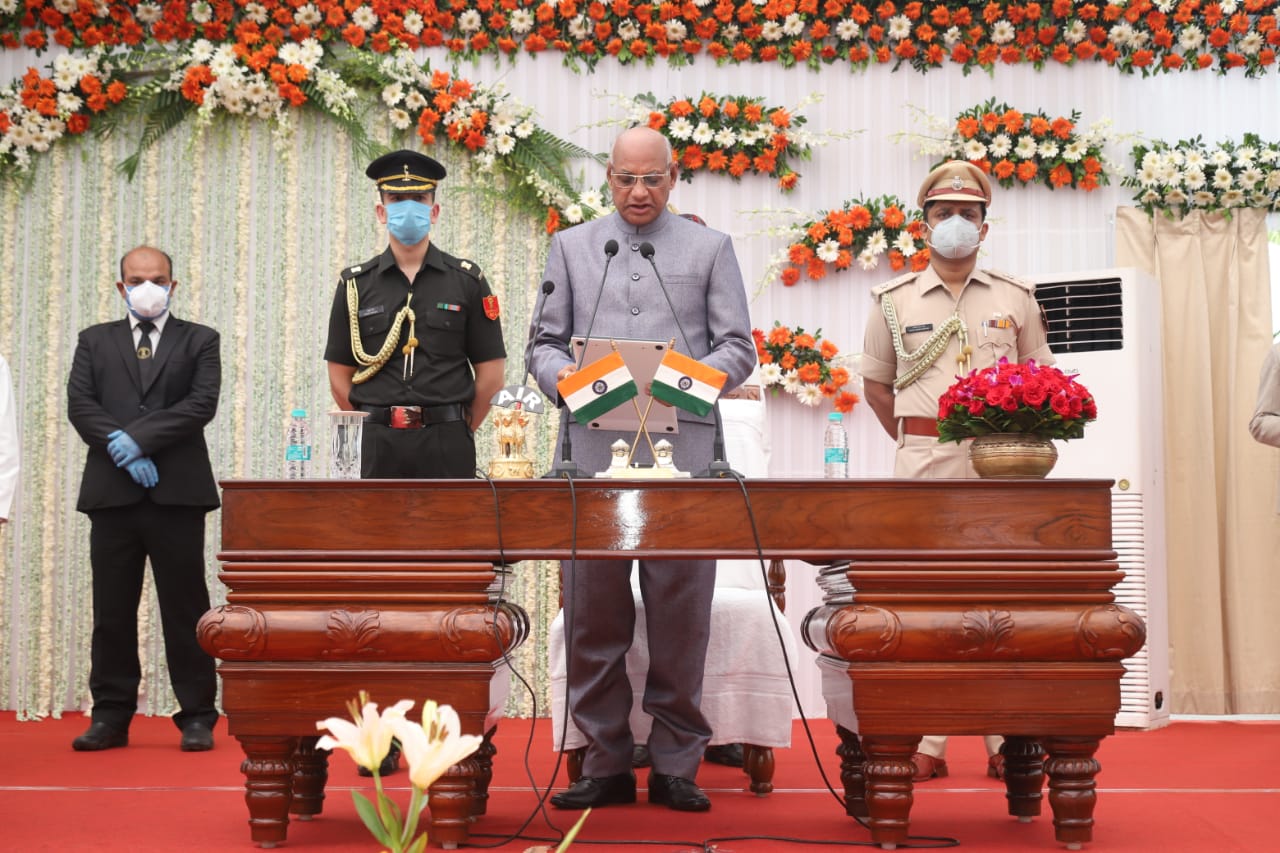 Ramesh Bais on Wednesday succeeded Droupadi Murmu as the 10th governor of Jharkhand by taking oath of office at the Raj Bhavan, Ranchi.

Jharkhand high court’s chief justice Rajiv Ranjan administered him the oath. Prior to this, chief secretary Sukhdev Singh read the warrant of appointment of Bais issued by the President of India on July 6 setting the stage for the swearing-in ceremony.

Chief Minister Hemant Soren and his cabinet ministers were present during the meeting. Other justices from the high court, senior bureaucrats of the state government, a few BJP MPs, Ranchi mayor Asha Lakra were among the attendees.

Bais, 74, was the governor of Tripura before being transferred to Jharkhand. He originally hails from Chattisgarh, and has been a member of the Bharatiya Janata Party and served as a Union Minister of State (Independent Charge) for Environment and Forests during late Atal Bihari Vajpayee's government from 1999. He was elected to the 9th, 11th, 12th, 13th, 14th, 15th and 16th Lok Sabha from Raipur.