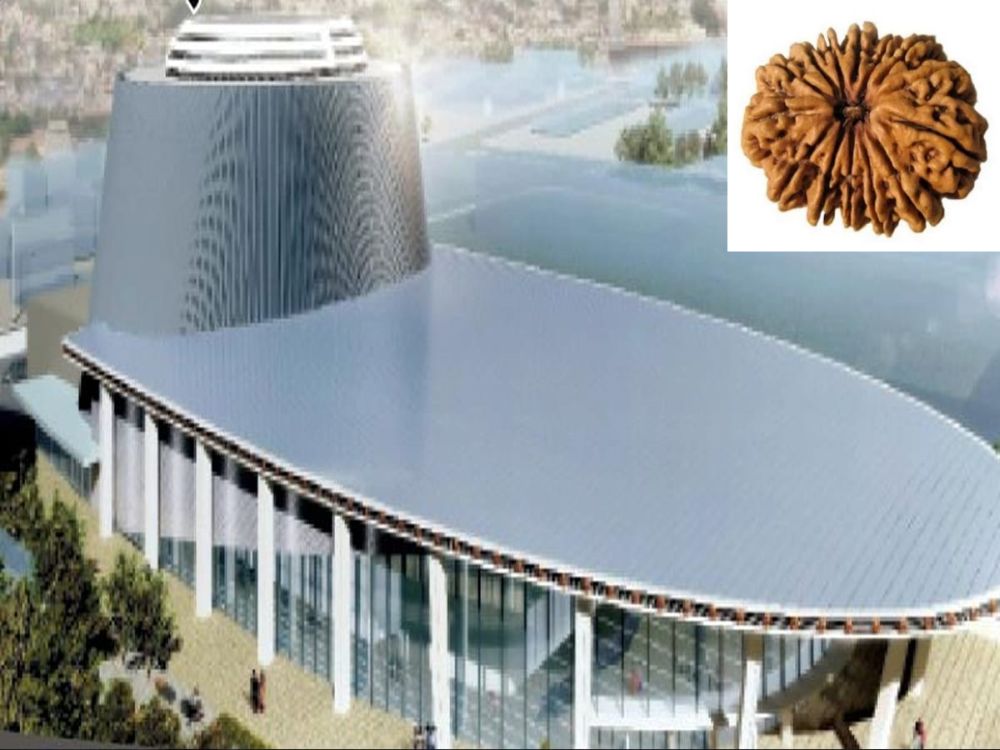 It’s called Rudraksha Convention Centre. And it was figured in the Shiva Linga shaped two-storey building with 108 Rudraksha on its roof.

The entire building stands tall in Kashi.” It will be a centre of attraction for millions of people from across the world”, said a school teacher Suman Pandey who knows that Rudraksha had modern shine and cultural aura.

This project portrays India- Japan ties and scope for future opportunities. Prime Minister Narendra Modi who today inaugurated this Rudraksha Convention Centre, said that with the efforts of both countries, a new chapter has been added on development and bilateral relations.

In any case, Rudraksha is a seed of a tree that is grown in Himalaya hills in the North zone. It is used as a prayer bead in Hinduism, as well as some other traditions. For example, many people within western tradition also use Rudraksha.”

As per the Hindu’s epic text of the Shiva Purana, the human body is like a machine with an in-built bio-electric circuit. Each body part connects with a continuous flow of blood from the heart to the brain and then to the rest of the body.

In normal courses of events, the circuit in our body works perfectly but a stressful lifestyle and environment play havoc on its flow. This disturbance leads a person to various illnesses.” Rudraksha bead helps resolve these body problems by stabilising and ensuring calming effect on heart and senses”, notes a book ArthaShashtra.

Rudraksha Convention Centre is considered as an amazing and most High Tech international cooperation and convention centre. It is also known as 'Rudraksha', in Varanasi.

Spread in 2.87 hectares of land, the two-storey convention centre is having a seating capacity of 1,200, a gallery, meeting rooms, and huge parking for cars.

As many as 108 Rudraksha have been installed on its roof and is shaped like a Shiva Linga.