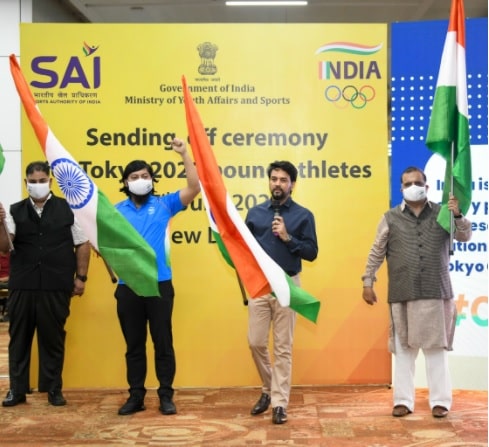 They have landed in Tokyo. In New Delhi, an 88 member Indian contingent including 54 athletes were given a formal send-off tonight at Indira Gandhi International Airport. The athletes were addressed and sent their best wishes by Shri Anurag Thakur, Union Minister for Youth Affairs and Sports and Shri Nisith Pramanik, Minister of State, Ministry of Youth Affairs and Sports. 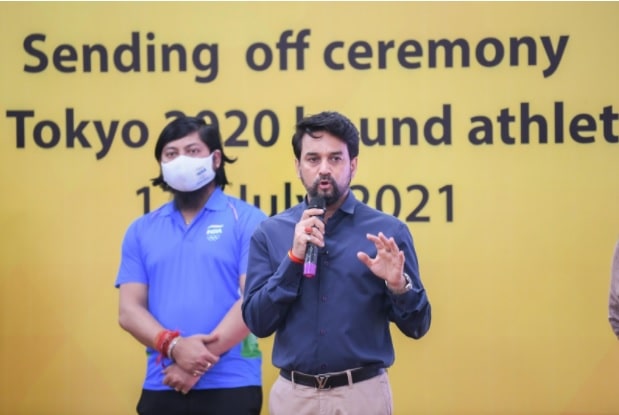 The ceremony was also attended by  Shri Narinder Dhruv Batra, President, Indian Olympic Association; Shri Rajeev Mehta, Secretary-General, Indian Olympic Association and Shri Sandip Pradhan, Director-General, Sports Authority of India among other dignitaries To ensure the safety of players, entry into the event was only allowed of dignitaries and other officials who had a negative COVID test report. With 127 athletes, Tokyo Olympics will be India’s highest ever playing contingent.

Union Minister for Youth Affairs and Sports Shri Anurag Thakur said, “When you go to represent the country at the Olympics, it is not just an important moment for you but for the whole country. This has been possible because of your discipline, determination and dedication and that is why you are here representing Team India. I am sure when you are going to be on the field, when you are going to be participating, you will be there with your full energy, determination and motivation. As PM Modi said, please go with a free mind. 135 crore Indians are with you, their good wishes and blessings are with you.” 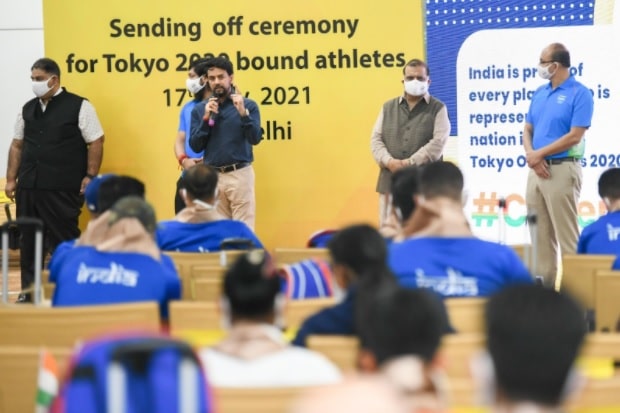 Minister of State, Ministry of Youth Affairs and Sports Shri Nisith Pramanik said, “Your lifelong efforts and preparations have brought you to this moment today. As you go to compete on the world’s greatest sporting stage the Tokyo Olympics, I give my full assurance that under the leadership of PM Narendra Modi and with 135 crore Indians rooting for you, that you will have all our blessings while you go and perform at the Olympics.” 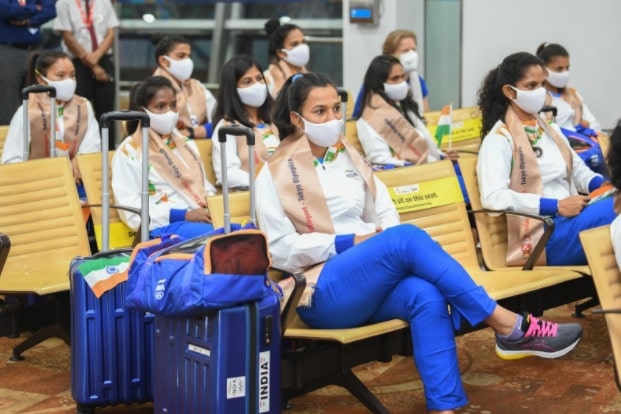