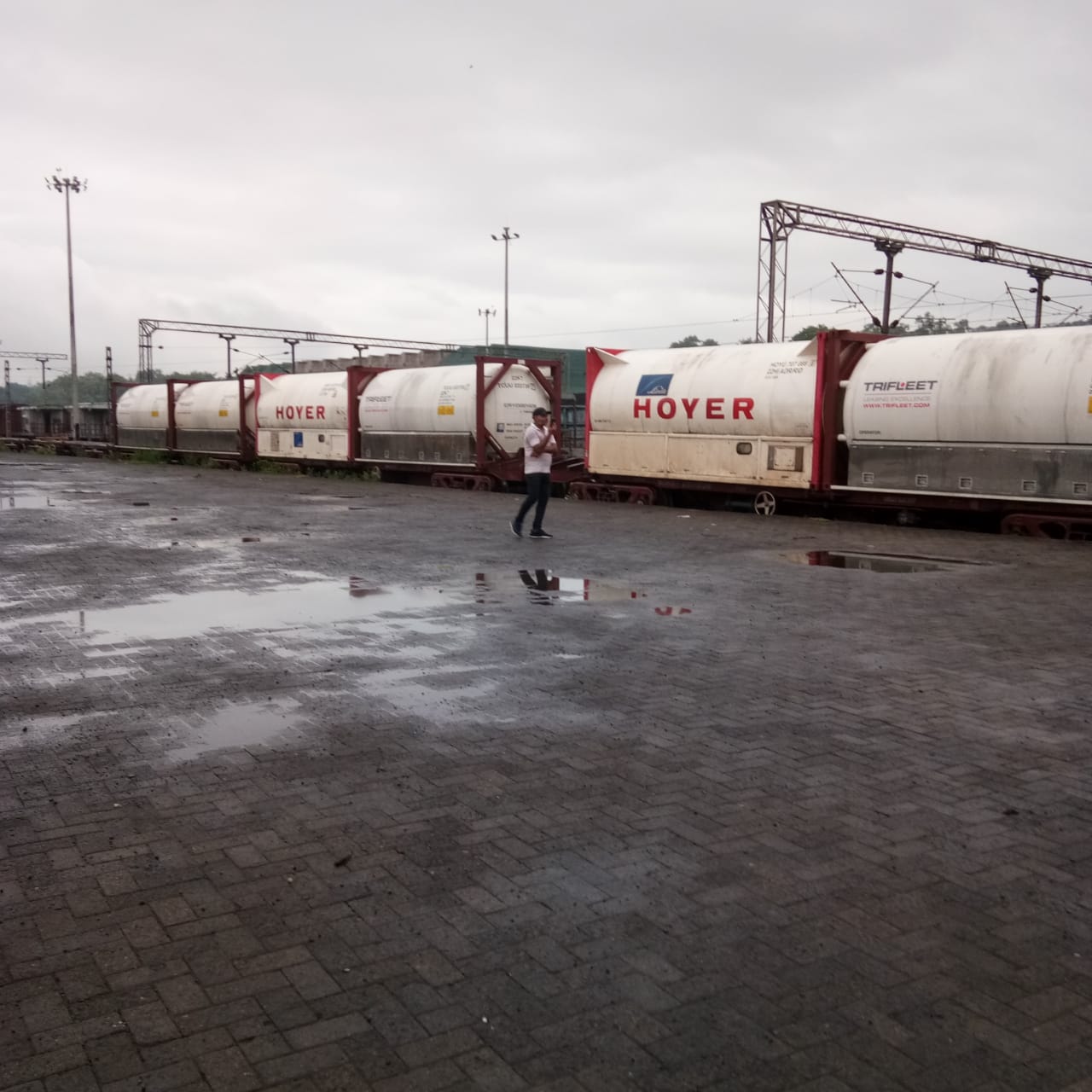 For the first time, an Oxygen Express Train has been sent to Benapole in Bangladesh from Tatanagar in Chakradharpur Division of South Eastern Railway. The train left Tatanagar at 10.15 hrs on Saturday carrying 200 tonnes of Liquid Medical Oxygen (LMO) in 10 Containers.